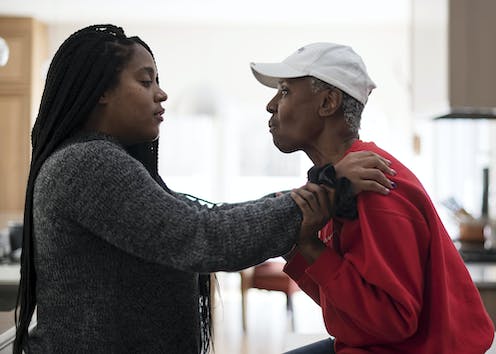 Dana Gasby, left, interacts with her mother B. Smith in their East Hampton home on Long Island, New York, on Wednesday, January 9, 2019. B. Smith has Alzheimer's Disease.Karten Moran for The Washington Post via Getty Images

A blood test to diagnose Alzheimer’s disease moved closer to reality this week after new findings were announced at the Alzheimer’s Association International Conference on July 29, 2020. The test showed extremely high accuracy – around 90% – for detecting chemicals in the blood that are specific for Alzheimer’s.

Those who treat patients with Alzheimer’s say that the tests need only a bit higher level of accuracy before they can be used clinically, which could be in two to three years. This breakthrough could perhaps allow doctors to not only identify symptomatic patients with the disease, but also to identify people with no symptoms who are at risk of developing the disease, and thus begin interventions.

About 5.7 million people in the U.S. live with Alzheimer’s, but that number could triple by 2050, the Alzheimer’s Association estimates.

While blood tests have been slowly increasing their diagnostic accuracy, the new blood test – analyzing the amount of a brain protein, p-217, in the blood – appears to be accurate in over 90% of cases in a study looking at blood samples from people with definite Alzheimer’s disease. Accuracy rates of other tests will likely increase over time. But this result shows that a breakthrough test is indeed possible. Before the tests are available to the public through FDA approval, we’ll need another two to three years to complete the studies.

As researcherswho have spent our professional lives studying this disease and treating patients with it, we think this news is especially important. It represents a significant leap forward in our ability to use peripheral blood tests for detection of Alzheimer’s and possibly as a marker of effectiveness in developing medical treatments. Here is why. 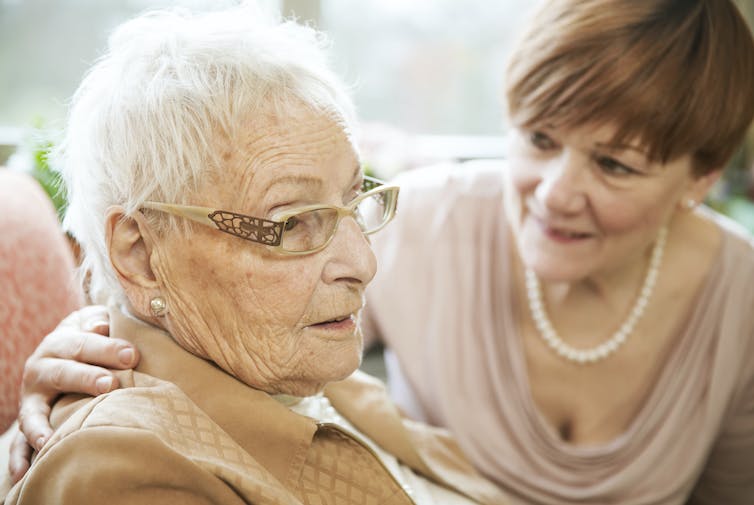 Have we grabbed the ‘brass ring’ for diagnosis?

Just one year ago, we wrote a piece for The Conversation on blood tests for Alzheimer’s disease, ending it with the hope that several promising blood tests would soon emerge as accurate and specific. Now, it appears they have. The tests have been centered on the ability to test for either beta amyloid or tau, the characteristic proteins that are deposited in the brain in Alzheimer’s disease, and the tau tests lagged behind the beta amyloid tests. Now tau testing has jumped into the lead.

Until the early 1990s, with the routine use of brain MRI scans, it was difficult to be certain whether a person with cognitive loss had Alzheimer’s. Even the best neurologists would get the diagnosis wrong about one in four times. MRIs increased accuracy; it could show vascular disease and atrophy characteristic of Alzheimer’s or other dementias, but could not confirm the diagnosis with certainty. Diagnosis was even harder in people over 80, where the changes in thinking and memory with aging were not always easy to separate from early Alzheimer’s symptoms, and normal age-related atrophy made differentiation from disease-based brain shrinkage more difficult.

Until this century, the only definitive diagnosis of the disease occurred after death, at autopsy, by finding certain levels of two specific lesions, or areas of abnormal tissue. Those two lesions are beta-amyloid plaques and neurofibrillary tangles.

And it was not unusual to find, following autopsy, that someone diagnosed clinically with Alzheimer’s disease had another neurodegenerative disease, disease related to blood vessels in the brain, or some combination of these. 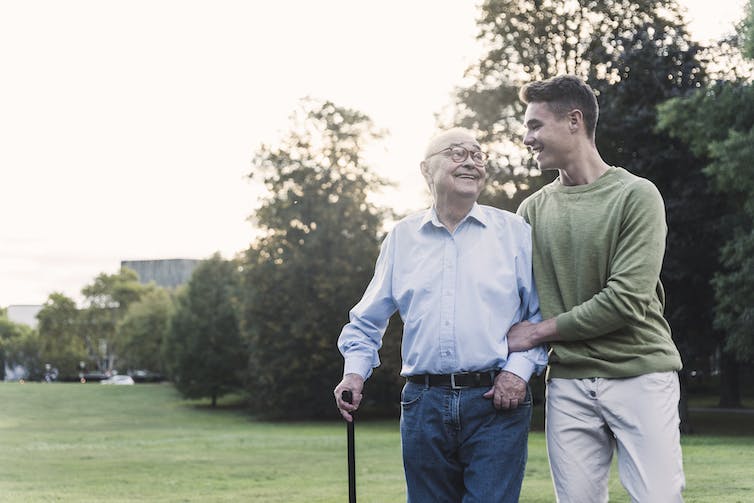 Although the accuracy of an Alzheimer’s diagnosis has improved over the decades, it is still difficult.Getty Images / Westend61

Over the last two decades, however, the medical field has made progress in detecting the disease by identifying specific diagnostic biomarkers, or biological signs of disease. MRI scans helped by showing shrinkage of the areas of the brain that underlie memory. But they are not specific for Alzheimer’s.

With the identification of these biomarkers, doctors could test patients to see if either amyloid or tau, or both, were abnormal in patients in whom they suspected Alzheimer’s. But the testing has not been easy or cheap.

One way was a spinal tap, whereby doctors could obtain cerebro-spinal fluid, the fluid around your brain and spine, and measure levels of tau and amyloid, which change if the disease is present. While doctors consider this procedure safe and routine, it is not a favorite among patients.

Another method involves imaging the brain using a positron emission tomography (PET) scan following administration of compounds (amyloid or tau “tracers”) that bind one of the proteins that accumulates in the Alzheimer brain. The amyloid scans came first, about 15 years ago, and revolutionized research in Alzheimer’s; tau scans have been developed over the past several years, and reveal neurofibrillary tangles on the PET scans. Although extremely safe, individual PET scans are expensive – typically from US$3,000 up – and Medicare does not pay for them.

The impact of these advances is huge, especially in research and clinical trials, where maximum likelihood of the right diagnosis is required. But the medical community badly needs a more convenient, less expensive, less “invasive” way to diagnose Alzheimer’s. Enter … a blood test.

A new target, and an exciting test emerges

For years, efforts to find such an easily obtainable Alzheimer’s diagnostic biomarker in the blood came up empty – they were not accurate enough.

A major reason for inconsistency of the prior reports was the extremely small amounts of these protein fragments in the blood. The tests have to be sensitive enough to detect either amyloid or tau, and be accurate enough that the blood level changes occurring in people with Alzheimer’s can be clearly different from those of non-affected people. 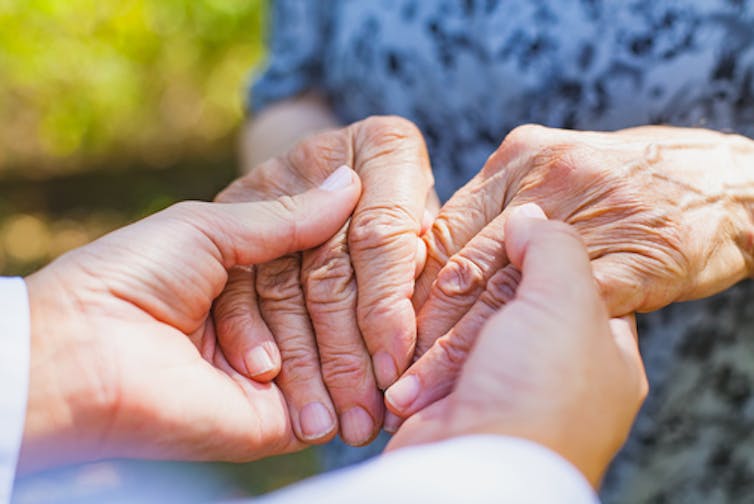 New blood test could aid in early diagnosis of Alzheimer’s.OcskayMark/Shutterstock.com

Now, several publications and presentations at the recent Alzheimer’s Association International Conference have demonstrated that blood tests measuring amyloid and tau proteins have become much more sensitive and accurate enough to allow their possible future use as routine aids in Alzheimer’s disease diagnosis.

These various tests are at different stages of validation – assuring they’re accurate across many different patient populations. And, for each protein, there are several different methods for making the blood measurements. However, the research community is excited about the possibilities.

And one new tau blood test appears to meet a number of criteria necessary.

To be useful, the tests have to be nearly perfect predictors. Many aren’t there yet; so far, they seem to get it right up to over 85% of the time. And the accuracy will be very important if they’re to be used to screen people for positive tests and enter those people into clinical trials.

The newest blood assay for the tau protein, developed to look for a different site on the tau molecule than other tau tests, has now emerged with the highest accuracy yet – with data from three different large populations of patients.

In these studies, the sensitivity – or the ability to detect the disease when it is really there – and the specificity – negative test in people who do not have Alzheimer’s – were above 90% to 95%. It even detected elevated tau in the blood of people who had the disease in their brains but had not yet had any symptoms, identifying people at risk for the disease to enroll in trials to prevent the disease. It is the result of advances in the technology of the assays, or analysis techniques, and the collaboration of researchers to provide blood samples from proven Alzheimer’s cases.

These tests mark real progress. Cost-effective screening and diagnostic tests will help us reach our goal of finding novel treatments that can better treat the clinical symptoms of Alzheimer’s or delay its development, or both.

This article is updated from an original version, which was published Aug. 7, 2019.

Steven DeKosky receives grant funding from the National Institute of Aging, serves as a consultant for Acumen, Biogen, Cognition Therapeutics, and Prevail Therapeutics, He is associate editor of Neurotherapeutic and Current Opinion in Neurology, and is Senior Associate Editor of Alzheimer’s &amp; Dementia: Translational Research and Clinical Interventions. He also serves as editor for dementia for Up-To-Date, a point-of-care electronic textbook. He has chaired study sections for the NIH, served on two NIH councils, for the National Center for Complementary and Alternative Medicine (now the National Center for Complementary and Integrative Health; NCCIH) and the Director&#39;s Council (Council of Councils). He has served on the board of directors of the national Alzheimer&#39;s Association and chaired their Medical and Scientific Advisory Council, as well as chairing the Medical and Scientific Advisory Panel of Alzheimer&#39;s Disease International.

Dr. Todd Golde is a co-founder of Lacerta Therapeutics, Inc. and serves on their scientific advisory board (SAB). He is on the SAB for Promis Neuroscience, Inc. In the past he has served, ad hoc, on SABs related to neurodegenerative disease programs for Eli Lilly, Novartis, Bristol Myers Squib, Abbvie, Lundbeck, Biogen and Pfizer. He is co-editor in chief of Alzheimer’s Research and Therapy for which he receives an honorarium. He has served on the medical and scientific advisory board for the Alzheimer’s Association. He serves as a scientific advisor and participates in grant reviews for BrightFocus Foundation and the American Federation for Aging Research. He is a co-inventor on multiple patents and patent applications relating to AD therapeutics. He currently receives funding from the NIH.