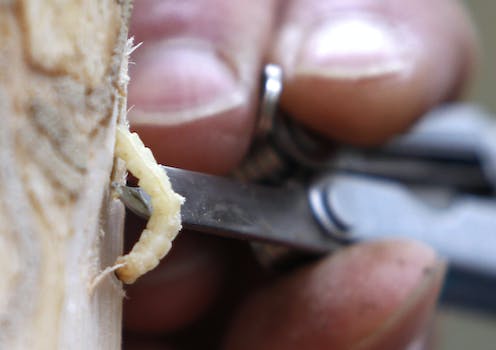 A large portion of North America’s 8.7 billion ash trees are now infested by a beetle called the emerald ash borer.

Since its discovery in the U.S. in 2002, the emerald ash borer has killed hundreds of millions of ash trees, drastically transforming entire forest ecosystems in the process. As of October 2018, infestations have been found in 35 U.S. states and several Canadian provinces.

Ash wood is used as a material for furniture, flooring and baseball bats, and in the past, was used in heavy timber construction. The larvae of the emerald ash borer hatch underneath the tree’s bark, which hinders the plant’s ability to transport nutrients throughout its trunk, causing it to decay.

The infestation has left arborists, researchers and scientists scrambling to find a way to slow the spread or repurpose the infested trees. With emerald ash borers creeping into Cornell University’s Arnot Research Forest in upstate New York, we wanted to see if we could figure out a method to make use of dying ash trees as building material.

As with the spread of other invasive species, global trade brought the emerald ash borer to American shores.

It likely arrived in Michigan in 2002 via shipping crates from East Asia, where ash trees are resilient to the beetle and its larvae. The beetles soon proliferated. In New York, almost 8% of all trees are ash trees, and, since the beetle was first discovered in the state in 2009, the infestation has been impossible to contain. While a number of mitigation strategies are currently being developed, the dying off of native ash trees is expected to continue for the foreseeable future.

Once an ash tree has been infested, there are really only two outcomes: You can let the trees slowly decay in place or use them for firewood. Neither is ideal, especially since each process releases more carbon into an atmosphere already choking with excess carbon dioxide. Furthermore, the sale and distribution of firewood is actually one of the main ways the infestation spreads. 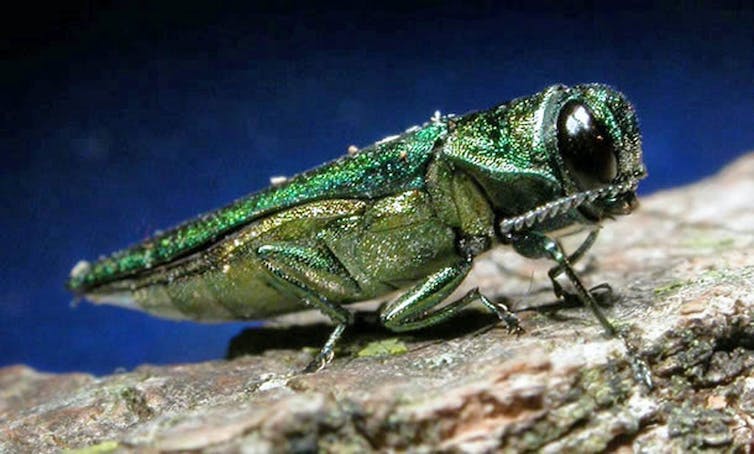 We wondered: What if these dying ash trees could be repurposed as a building material?

The timber construction industry has generally avoided processing mature ash – infested or not – for lumber. That’s because ash is often comprised of “mature growth,” which means that many of its trees have irregularly bent trunks and unusual fork geometries. Their strange shapes have rendered them unable to be processed by conventional sawmills, and they’re seen as essentially worthless for construction, with each tree valued at around US$0.25.

The building industry has become so efficient and specialized that, despite their widespread availability, decaying mature ash trees are generally not considered a viable building material.

This is where researchers and architectural designers like us, equipped with new technologies, enter the picture.

At Cornell, we built the Ashen Cabin, a full-scale prototype home in the woods of upstate New York, proving that this “worthless” wood could have a future in home construction. 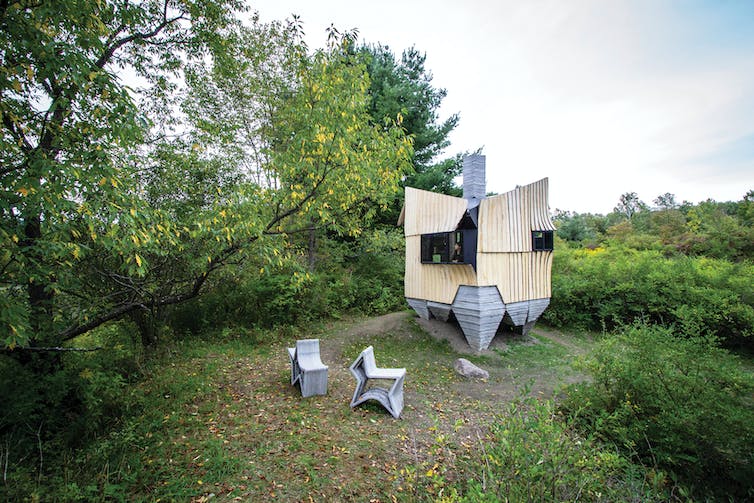 The goal of this research is to upcycle decaying ash trees into usable building structures, facades and smart furniture.

Doing so requires a shift in both design sensibilities and extraction techniques.

Architects have come to embrace regular wood dimensions imposed by mass-produced lumber. Yet it wasn’t so long ago that irregular tree trunks and naturally bent timber pieces were thought of as wholly viable for construction.

Shipbuilders, for example, used the superior structural ability of bent tree trunks to critically reinforce a ship’s structure at the stern and bow. Many of Germany’s famous “Fachwerkhäuser,” the iconic half-timber houses, use natural wood geometries for structural bracing.

Ashen Cabin is a small building – roughly 100 square feet – and is a prototype, which means that a lot of time, effort and resources went into research and development. However the material cost of the building is relatively low, approximately $15,000, including concrete, hardware, insulation, and windows. Excluding transportation cost, the ash trees were free. 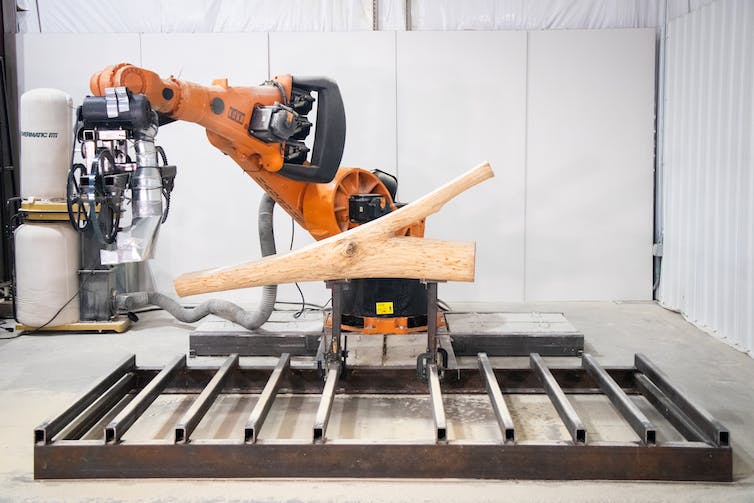 Robots were used in the fabrication process.Andy Chen, Author provided

The cabin’s custom components are environmentally sustainable, including the irregular – yet lightweight and strong – structural insulated panels made of the mature ash that enclose the space. The 3D-printed concrete base eliminates the waste that often results from concrete construction.

The entire project hinges on responsibility to make better use of an abundant resource and to construct better buildings that faithfully reflect our current moment. By drawing from an undervalued tradition, we hope to drive thoughtful technological innovation.