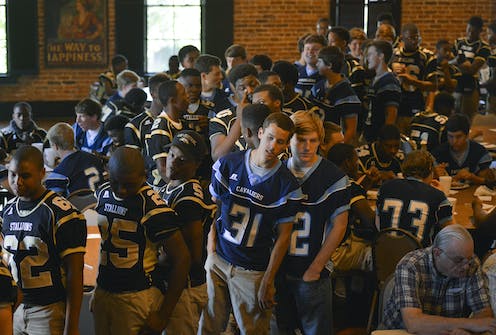 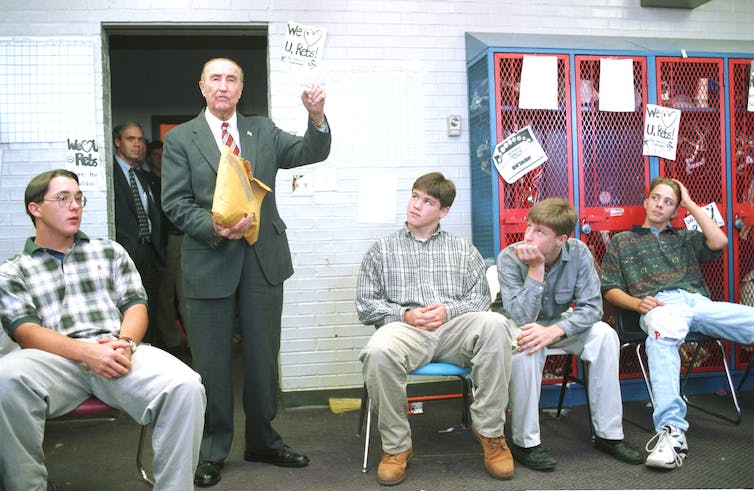 As schools across America wrestle with COVID-19, the pandemic has fueled a debate over funding for private and public K-12 schools. In South Carolina, the discussion has revived a bitter chapter from the Jim Crow era while highlighting the ways systemic racism has undermined public education in the state.

This summer Education Secretary Betsy DeVos attempted to direct a large share of the US$13.5 billion in federal coronavirus relief to private schools. DeVos did so by basing funding on schools’ total number of students rather than the number of low-income students.

U.S. District Court judgesthwarted that plan. Law professor Derek Black called it an attempt to use the pandemic to advance the secretary’s “agenda to expand private education.”

But DeVos hedged her bets by directing large sums of CARES Act dollars into the Governor’s Emergency Education Relief Fund that governors in several states – including Florida, New Hampshire and Oklahoma – are delivering to private schools.

The grants would provide up to $6,500 for private school tuition to more than 5,000 South Carolina families with an adjusted gross income of 300% or less of the federal poverty level. So, for example, a family of four with an annual household income of $78,600 or less would qualify.

As a scholar of South Carolina history, I am struck by the similarities between today’s arguments for tuition grants and those made in the Jim Crow era – and by the ways that resistance to civil rights continues to echo in debates over public education.

Responding to school funding laws created after desegregation, the state’s Supreme Court found in 2014 that the “fractured formula” created in 1977 to determine public school funding was failing to provide a “minimally adequate” education for nearly all students.

Subsequent legislative appointments to the bench have tilted the court’s balance to the right, and the decision was overturned in 2017, meaning, as far as the courts are concerned, the Legislature is under less pressure to overhaul public school funding.

The leading proponents of McMaster’s tuition grants come from the conservative lobbyist group Palmetto Promise Institute. The institute’s initiatives have helped shape the hotly debated 2019 and 2020 education bills in South Carolina. These measures include provisions for private school vouchers, which would provide parents quarterly payments for private school costs.

The institute’s CEO, Ellen Weaver, has praised the tuition grants and celebrated the plan’s potential to give power over South Carolina’s education spending “to parents” rather than “central planners.”

The irony in promoting equality in separate, private education should not be lost on students of history.

Historian John White determined 28 segregated private schools opened in South Carolina between 1963 and 1966. There were 44 by 1967. In South Carolina and other states, these “segregation academies” were founded in open defiance of the Supreme Court’s Brown v. Board of Education decision that struck down “separate but equal” schools and signaled the beginning of desegregation.

Other acts of defiance followed. Former Sen. Strom Thurmond penned the “Southern Manifesto,” urging resistance to school integration. And South Carolina joined other Southern states in hoisting Confederate flags on their Statehouse grounds as symbols of their renewed rebellion. The South Carolina state Legislature, furthermore, struck down compulsory education and withheld funding from public schools when courts ordered their integration, choosing no schools over mixed-race ones.

In 1963, South Carolina Gov. Donald Russell called for tuition grants for students to attend private schools if they chose not to attend integrated public schools. Then state Rep. Harold Breazeale told The State newspaper in January 1963 that the grants were “designed to upgrade public school education through competition from private schools.”

The 1963 tuition grant bill never mentioned race. But Tom Turnipseed, the first director of the state’s Independent Schools and Academies Association – who years later became a social justice advocate – said the following in 2005:

“We bristled with indignation when reporters referred to SCISA as an association of ‘segregated academies.’ We preferred to emphasize that we were simply putting parents in charge and giving them a choice of more educational opportunities for their children. We … wanted smaller classes and more parental involvement and input in the curriculum, as we went about naming the schools for Confederate figures.”

The fight over Gov. Russell’s tuition grants lasted five years, until the Brown v. Board decision – no, not the Brown decision you’re thinking about. Brown v. the Board of Education of South Carolina in 1968 ended when the 4th Circuit ruled the tuition grants were an unconstitutional attempt to circumvent federally mandated integration.

The state never repealed the law. From time to time it has tried to revive the grants in various forms – each time, as now, citing choice and equality. This latest effort has sparked its own legal challenge, and the state’s Supreme Court heard arguments on Sept. 18. Attorneys representing Thomasena Adams, a public school educator, argued the grants violate the South Carolina Constitution’s prohibitions against public money supporting private schools.

South Carolina resembles many states where educational problems are frequently bound to the era of resistance to civil rights – a fact that should be confronted if disparities in public education opportunities and gerrymandered attendance lines are to be fully addressed for public schools.

David W. Dangerfield does not work for, consult, own shares in or receive funding from any company or organisation that would benefit from this article, and has disclosed no relevant affiliations beyond their academic appointment.