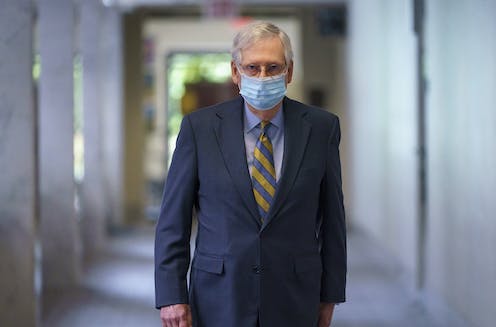 When Richard Nixon praised his wife’s “respectable Republican cloth coat” in his 1952 Checkers speech, her clothes were not the point.

Rather, Nixon drew a direct line from a coat to the values he proclaimed – frugality, integrity, public service – to counter accusations of financial impropriety.

For many – particularly public figures – clothing is a more intentional, outward manifestation of their story, or narrative identity: It reveals who they want to be, the version of themselves they want the world to see.

For politicians, clothing is a way to project authenticity, or consistency with an ideal type. Perceptions of authenticity give voters confidence in candidates’ integrity, persuading them that candidates will fulfill campaign promises once elected.

It is worthwhile considering the message candidates send through their dress. Against what ideal will voters measure them? The fashion choices displayed in three of this year’s high-profile U.S. Senate races provide some illustrative contrasts. 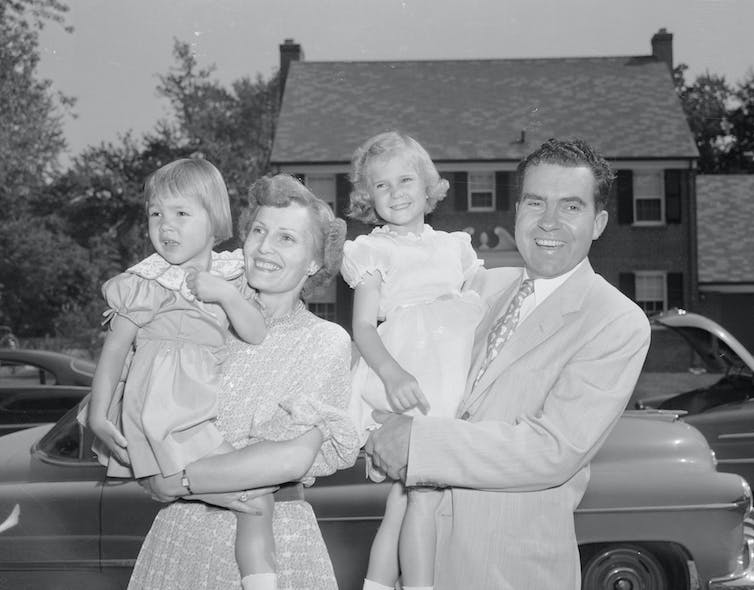 The family of Richard and Pat Nixon, after he got the GOP nomination for president in 1960.Bettmann/Getty Images

As an organizational theorist who researches authenticity and social evaluation, I find that we judge others – imperfectly – based on how closely we feel their image matches their message.

Most political challengers find it easy to project authenticity through dress. They can tailor their wardrobe to highlight themes from their campaigns and personal histories. This guides voters’ understanding of who the candidate is and what they stand for.

The wrinkle: Sending a message with clothing is inherently trickier for incumbents because their office constrains the image they can project. A gubernatorial candidate can wear jeans and boots to the state fair, but once installed in the Capitol, they will more often be seen in a suit. A quick Google Image search for a current candidate and the incumbent they are challenging reveals a near-universal truth: Once elected, the candidate’s most visible public image is that of the office they hold. 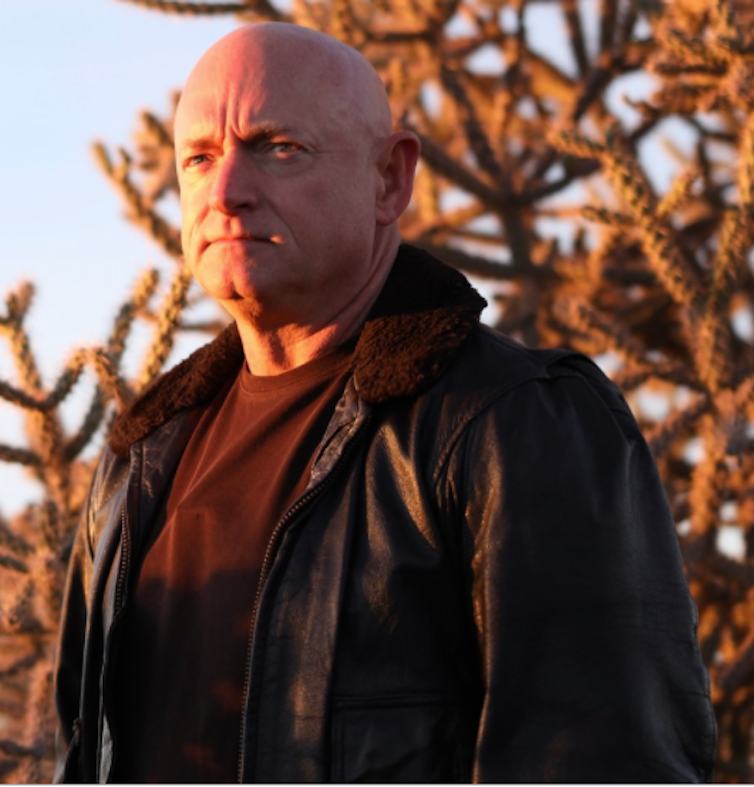 Clothing as a campaign message

His casual look telegraphs that he is not a Washington insider. By referencing his military and NASA background, he projects the expertise needed to take an informed stance on national security and the authority to take a strong position on climate change, a major area of research at NASA.

Kelly is challenging incumbent Republican Sen. Martha McSally, a former Air Force pilot and Afghanistan veteran. She favors streamlined suits and sheaths, often in bold reds, her hair much sleeker than in earlier campaigns. Because McSally’s dress shows no hint of her background, she may be sending the message that her military experience does not define her. 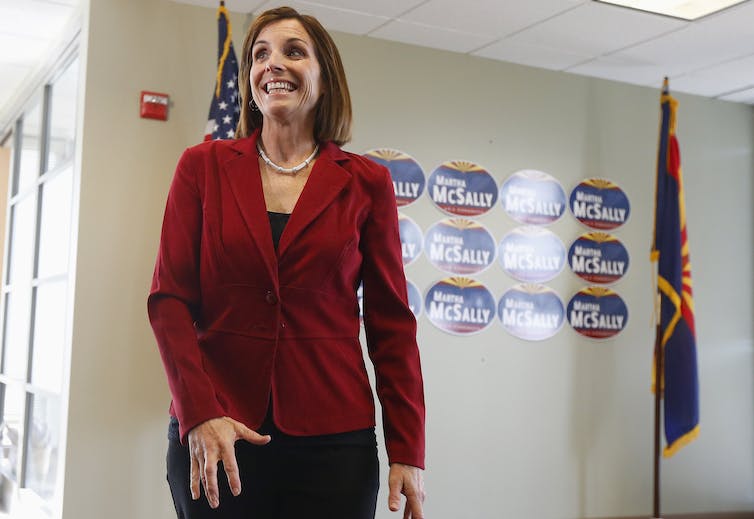 GOP Sen. Martha McSally in one of her streamlined suits.Ross D. Franklin/AP

In Maine, Democratic Speaker of the Maine House of Representatives Sara Gideon is often seen at work in double-stranded pearls with a dress or a modern, tailored jacket. Her campaign materials show her with her young family in casual jackets – once in a Patagonia version, a gaffe in the home state of L.L. Bean. She later removed the Patagonia logo from the photo. Gideon’s relatable, chic-mom vibe suggests to voters that health care and education may be topics of actual conversation at her kitchen table rather than abstract policy issues. 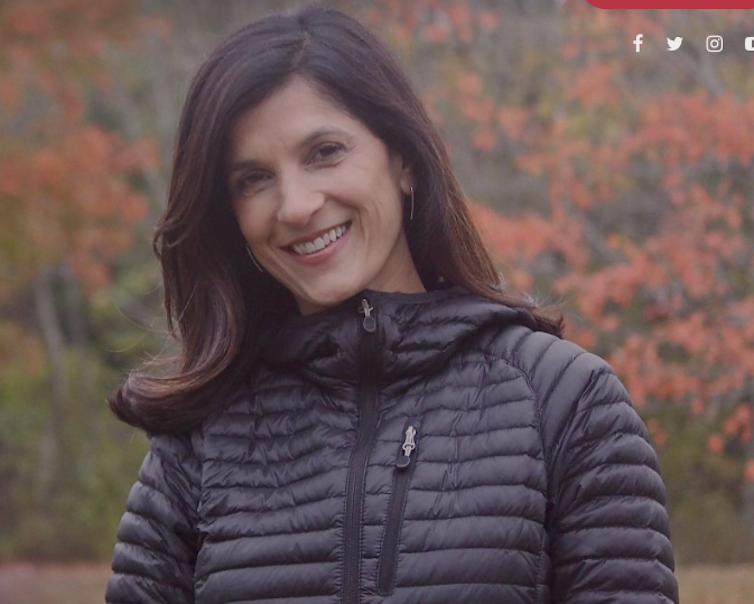 Gideon faces incumbent Sen. Susan Collins, a Republican, who hails from Caribou, Maine, a city of 7,600, where her family founded a lumber business in 1844. Collins wears suits in deep, saturatedcolors, occasionally with a pop of pink, and expensive coats of the sort not often seen in rural areas. Her style is that of a Washington insider, belying nothing of her background or Down East values. 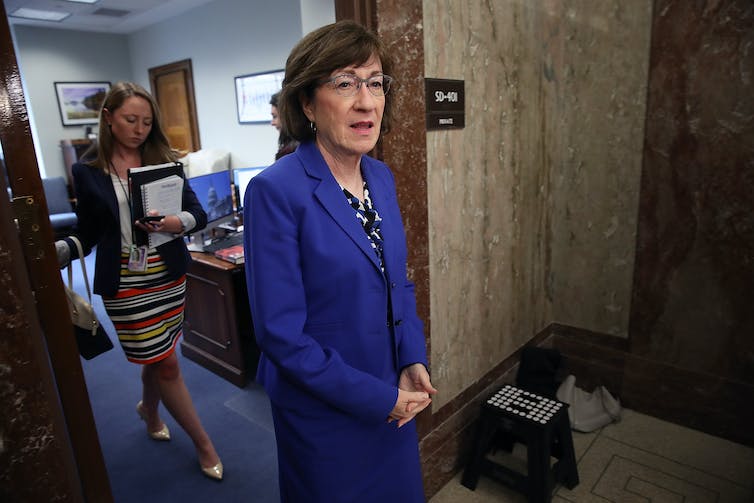 Sen. Susan Collins, Republican of Maine, in one of her strongly colored suits.Win McNamee/Getty 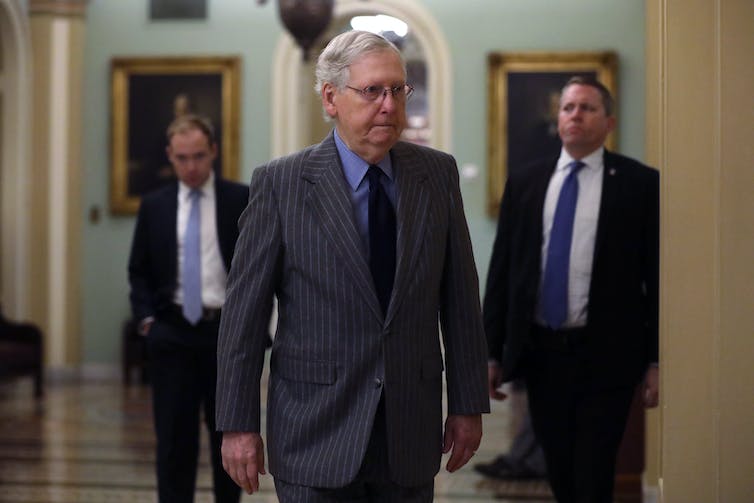 McConnell’s expensive clothes make it clear how far he has come from his childhood in Alabama and Georgia, when his family “almost went broke” dealing with the effects of his bout with polio.

McGrath is a former Marine fighter pilot and Afghanistan veteran. She favors open-collared shirts and flight jackets and is often seen with her three young children. Campaign images often feature her in military gear, giving voters the impression that she has credibility to speak on foreign policy and veterans’ issues. 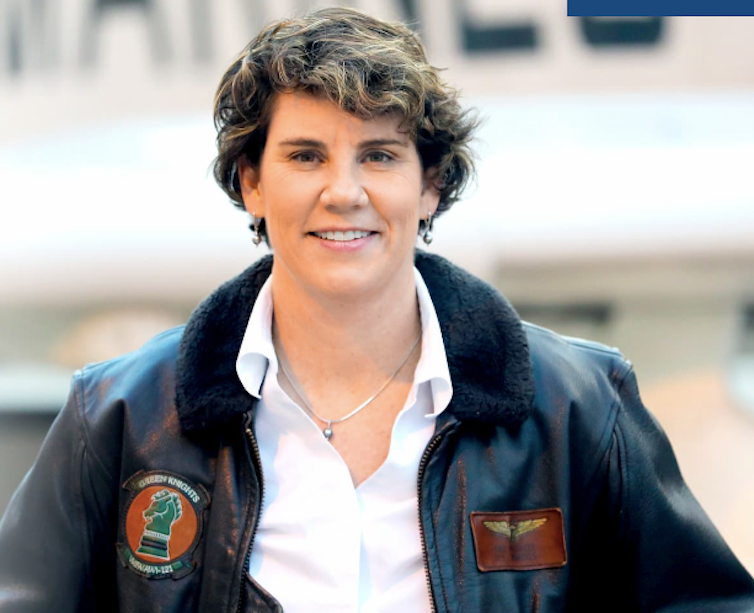 The straitjacket of incumbency

Each challenger is able to present an image consistent with both their campaign platforms and their personal histories. Their clothing presents a fully elaborated identity statement – without saying a word.

In contrast, the incumbents’ almost uniform-like clothing gives voters little insight into either their personas or policy positions. Their tailored silhouettes indicate their membership in the political class, making individuation difficult.

Incumbency creates an authenticity bind: Incumbents cannot project both their offices and themselves simultaneously.

This is perhaps most constraining in the U.S. Senate, where the rules of decorum are particularly strong. Most senators, with the notable exception of Kyrsten Sinema, stick to dark, serious suits and ties. Members of the House are allowed more idiosyncrasies – think Jim Jordan’s rejection of jackets or Matt Gaetz’s colorful wing tips.

But senators tend toward what sociologists call homophily, or flocking with similar others. The consequence: They dress more alike over time.

Incumbents’ sartorial constraints may appeal to voters who prefer a candidate with a demonstrable track record, but it gives precious little insight into the incumbent’s personal history or governing priorities. The ideal type to which these incumbents are authentic, therefore, is that of senator.

Clothes may not determine this year’s winners, but the authenticity concerns that made Pat Nixon’s coat a powerful image still play a critical role in politicians’ lives. To a large extent, the clothing makes the candidate – if not the incumbent.

Jo-Ellen Pozner does not work for, consult, own shares in or receive funding from any company or organisation that would benefit from this article, and has disclosed no relevant affiliations beyond their academic appointment.