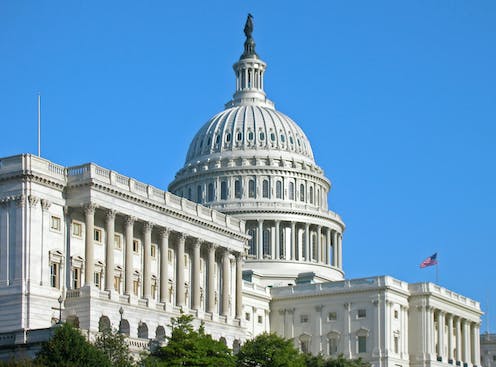 What happens if U.S. senators get sick or, even worse, if they die? It’s happened before – and our research shows that national policies, and even the course of history, can change as a result.

At least three U.S. Republican senators have recently tested positive for COVID-19, raising the grim prospect that other senators could be infected, too. At the moment, the affected senators – and several others who tested negative – are quarantining and say they don’t have symptoms, but they can’t participate in Senate votes, which must be in person. Should they become ill, they may be unable to participate in other aspects of Senate business, such as floor debates or even remote meetings. That could erode the Republicans’ slim majority in the Senate.

Two younger Republican senators tested positive earlier in 2020 and are back on official duty.

At the moment, there are seven senators who are 80 or older, including Iowa Republican Chuck Grassley, who is third in the line of presidential succession after the vice president and speaker of the House. More than a quarter of the Senate is 65 or older, including both Majority Leader Mitch McConnell, a Kentucky Republican, who is 78, and Minority Leader Chuck Schumer, a New York Democrat, who is 69.

This is not the first time that, in the last year of a Republican president’s first term, a Republican senator in bad health threatened the party’s narrow majority in the Senate. It happened in the 1950s too.

A shift in power 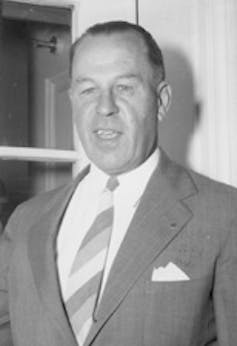 When senators elected to the 83rd Congress were seated in 1953, Republicans held a two-seat majority in the 96-member chamber, including support from the lone independent, Wayne Morse of Oregon. Over the next two years, nine senators died, mostly of heart attacks and strokes. While each deceased senator was replaced, not all new senators were members of the same party as the lawmaker they replaced.

By April 1954 three Republicans and one Democrat had died, handing majority control to the Democrats. It happened when Sen. Dwight Griswold of Nebraska died unexpectedly of a heart attack. Republican leader William Knowland of California remarked: “I [now] have the responsibilities of being the majority leader in this body without having a majority.”

Sen. Lyndon Johnson of Texas was the Democratic leader. When Griswold died, Johnson suddenly had more Democratic votes than Republican votes on the Senate floor for the first time, though he did not take on the formal title of majority leader.

The Democrats make their move

Our research study, “Crossing Over: Majority Party Control Affects Legislator Behavior and the Agenda,” showed these health-induced vacancies affected the Senate in dramatic ways. We studied roll call voting on the floor to see how things changed.

During the period of Republican control, most bills reflected Republican policy priorities. For example, in late March 1954 the Senate passed a bill to reduce excise taxes. Even as senators unexpectedly died and were replaced, the Republican Party maintained a continually shrinking majority. Before Griswold’s death handed power to Democrats, Republican leadership was able to pass legislation preferred by the GOP.

However, starting in April 1954, Senate Democrats had the power and brought to a vote bills that a majority of Republicans did not favor. For example, the Senate considered a proposal from a Democratic senator that gave labor organizations and unions more power to represent workers. The amendment passed with a slim majority, thanks to Democratic control. 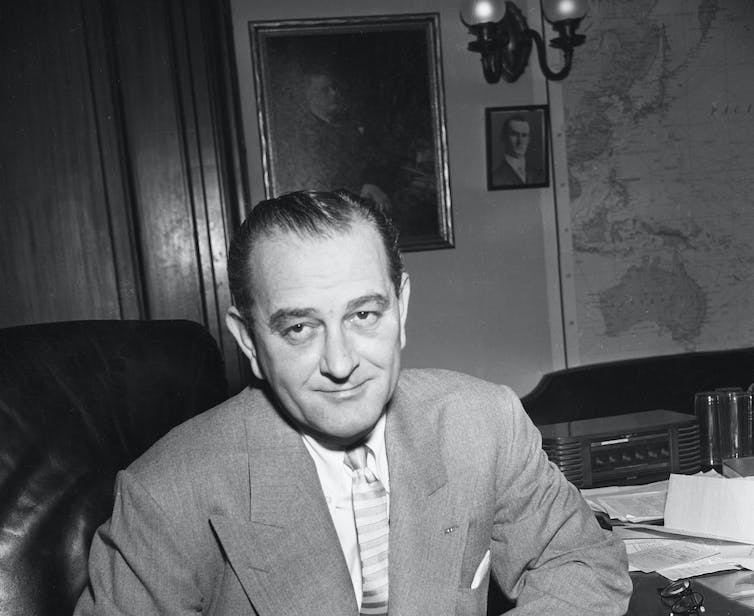 For a brief time in 1954, Sen. Lyndon Johnson found himself the leader of a Democratic majority in the U.S. Senate as a result of several of his fellow senators’ deaths.Bettman via Getty Images

Democratic control affected many pieces of legislation. Our analysis found that during the period of Republican control, Democratic senators were on the losing side of 52% of votes. But when Democrats took over, they were on the winning side of 61% of the votes. In other words, Democrats were able to pass their preferred bills when Republicans lost majority control.

This 1950s-era Senate was a shocking one for the American public, with the loss of so many in the upper chamber. While death is unpredictable, even small shifts in the partisan makeup of a legislature can change which party runs the show. Senators – when empowered as the majority party – took advantage of even temporary vacancies to push through policies favored by their party.

As Wisconsin Republican Sen. Ron Johnson remarked in March while advocating for the reopening of the economy, “Death is an unavoidable part of life.”

Johnson, along with two other Republican senators, tested positive for COVID-19 in early October and they are all quarantining – and possibly not voting – during that time. Our research shows that if these senators can’t participate in the Senate’s business, Republicans may not be able to pass what they desire.

Nicholas G. Napolio does not work for, consult, own shares in or receive funding from any company or organization that would benefit from this article, and has disclosed no relevant affiliations beyond their academic appointment.