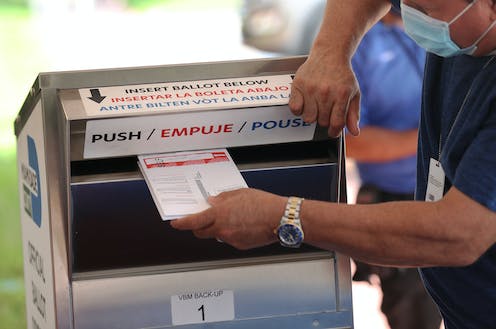 A poll worker places vote-by-mail ballots into a ballot box set up at the Miami-Dade Election Department headquarters on Oct. 14, 2020 in Doral, Fla.Joe Raedle/Getty Images News via Getty

Throughout American history judges have generally tried to avoid getting involved in political questions, including litigation about elections. They followed Supreme Court Justice Felix Frankfurter’s famous advice to avoid “embroilment” in “the political thicket” of “party contests and party interests.”

This tradition began to erode in the 1960s, when courts took up cases involving legislative redistricting and gerrymandering. And since the Supreme Court’s 2000 Bush v. Gore decision, which effectively decided that year’s presidential election, political parties have increasingly turned to the courts in search of electoral advantage. 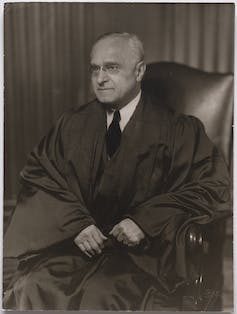 Prior to 2000, an average of 96 election law cases were brought every year in state and federal courts. By 2004, that average jumped to 254, most of them filed at the state level.

This year, the Stanford-MIT Healthy Elections Project reports that as of Oct. 15, 365 such cases have been filed in 44 states.

Many of those cases arise from state efforts to respond to the difficulties of campaigning and voting during the COVID-19 pandemic. Democrats generally have supported efforts to making voting easier, such as in Michigan, where they were successful in getting the courts to extend the period during which late-arriving mail ballots could be legally counted. Republicans generally have opposed those efforts.

When the voting happens

This year’s election-related litigation began to emerge in the spring as states tried to cope with the pandemic’s first wave during the political primary season.

Those cases fell into two major categories. Some were filed to try to change the date when people voted in presidential primaries. Others focused on how people voted in those primaries and the general election.

Sixteen states changed the dates of their primaries, and most did so without resorting to litigation.

Nonetheless, some states faced lawsuits over the timing of presidential primaries, filed by political candidates and public officials, including in New York and Wisconsin. 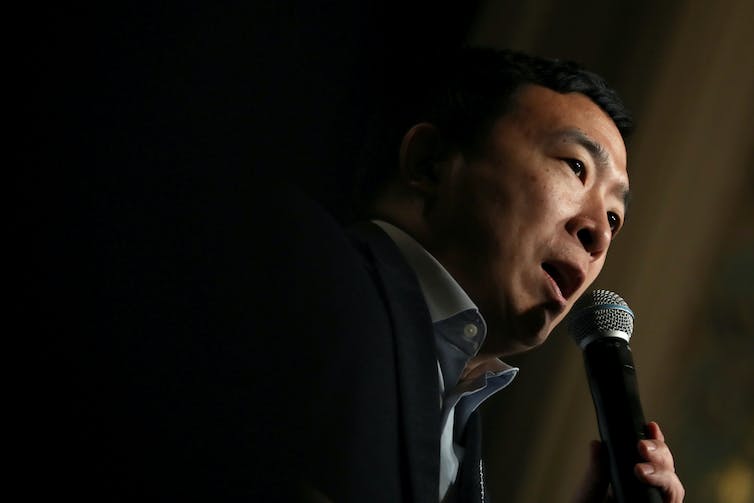 Wisconsin proved to be a particularly fertile ground for litigation over its April primary. In one case, the Wisconsin legislature prevailed in challenging the governor’s executive order postponing in-person voting.

In another Wisconsin case, the U.S. Supreme Court sided with the Republican National Committee and the state party when it blocked a plan to extend the period to return absentee ballots in the primary election.

How the voting happens

In cases concerning the ways people could vote, Democrats in Kansas sued to force Secretary of State Scott Schwab to implement a law permitting voters to cast ballots from any polling station within their home county. Schwab argued that the complexity of developing necessary administrative regulations prevented him from doing do so in time for this year’s election.

A state court judge dismissed the suit but said that county officials could, if they wished, implement the Kansas Vote Anywhere Act on their own without waiting for the state to act.

In Ohio, a federal judge also dismissed an American Civil Liberties Union suit seeking to extend the deadline for absentee voting for the state’s presidential primary and move from in-person to universal mail balloting. The plaintiffs claimed that the state’s inefficient absentee-voting system would disenfranchise people through no fault of their own unless the deadline was changed and that in-person voting during the pandemic would pose a health risk.

Many of this year’s election-related cases have focused specifically on mail-in ballots. This is not surprising given President Donald Trump’s well-publicized but baselessattacks on voting by mail.

Some of this litigation has been brought to expand opportunities to cast that kind of ballot or to ease the requirements for doing so. Other cases have been filed by groups opposing such changes and raising concerns about voter fraud.

Recent rulings in some of those cases have made voting by mail more difficult; others have made it easier.

In the first category, the U.S. Supreme Court ruled on Oct. 5 that South Carolina could require people voting by mail to have another person sign their ballot as a witness. However, over the objection of Justices Samuel Alito, Neil Gorsuch and Clarence Thomas, the court declined to invalidate the more than 20,000 ballots that had been cast prior to its ruling.

Three days later, in a victory for Wisconsin’s Republican Party, a federal appeals court upheld that state’s requirement that in order to be counted, mail-in ballots must be in the hands of election officials by 8 p.m. on Election Day.

But, also on October 8, Justice Elena Kagan turned down a request from Montana Republicans to block some counties from proactively mailing ballots to voters starting the next day.

In another victory for supporters of mail balloting, a federal judge in Pennsylvania dismissed a lawsuit filed by the Trump campaign seeking, among other things, to block the use of drop boxes as receptacles for mail ballots.

November 3 is unlikely to end litigation to resolve election-related disputes. In fact, both the Biden and Trump campaigns have assembled armies of lawyers who will be ready to bring lawsuits in the election’s aftermath.

President Trump already has indicated that he expects the Supreme Court to again resolve a contested presidential election.

For someone who studies the complex intersections of politics and law, the use of litigation to resolve electoral disputes that we are seeing this year is a reminder of what the famous French aristocrat and author Alexis de Tocqueville observed early in the 19th century: namely, that “Scarcely any political question arises in the United States that is not resolved, sooner or later, into a judicial question.” 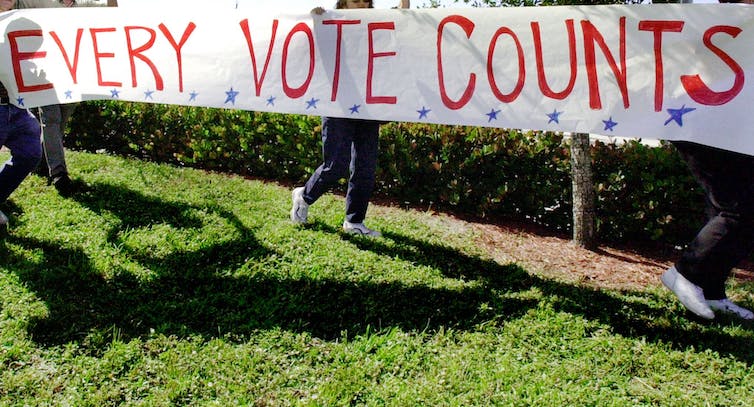 Every vote counts – but what does it mean when election results go to court?Roberto Schmidt/AFP via Getty Images

Nonetheless, when courts and judges take sides in cases that shape the outcome of a hotly contested election, they open themselves up, as Frankfurter warned, to charges that they are making purely partisan decisions rather than strictly following the law. That is why public confidence in the Supreme Court took a hit in the aftermath of its Bush v. Gore decision.

Whatever decisions judges make this year, the rush to the courthouse to shape the 2020 election will pose real challenges for their legitimacy, which ultimately depends on the public’s belief that they are not simply political actors.

And if the Supreme Court again decides who becomes president, it may further weaken its already diminished standing with the American public and deepen the divide in an already dangerously polarized nation.