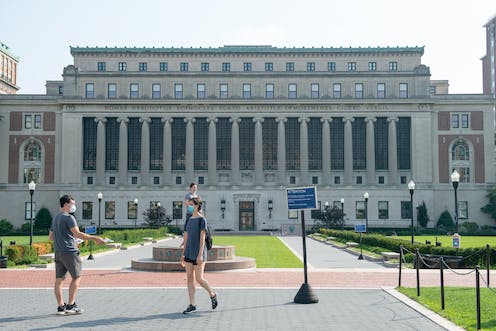 A lawsuit claims that 16 elite U.S. universities give preference to children of donors over other applicants in their admissions. Alexi Rosenfeld/Getty Images

Sixteen universities – including six in the Ivy League – are accused in a lawsuit of having engaged in price fixing and unfairly limiting financial aid by using a shared methodology to calculate the financial need of applicants. The schools in question have declined to comment or said only that they’ve done nothing wrong. Here, Robert Massa, a professor of higher education at the University of Southern California, provides insights into what the case is about.

Is this the latest ‘admissions scandal’?

Although it may be tempting to brand this case as the latest college admissions “scandal,” this lawsuit harks back to an investigation of 57 private, four-year universities conducted over 30 years ago by the Department of Justice on charges of “price fixing.” In this case, price fixing means limiting how the colleges compete for students by agreeing with one another to offer similar financial aid awards to admitted students.

Back then, groups of these colleges would meet to review the financial aid packages that each college had offered to students. The colleges stated that they did this to assure that each school in the group based their awards on the same financial information from the student, such as family income, number of students in college, non-custodial parent and the like, so that students could select schools based on which school was best for them instead of which school offered the best deal. The colleges did this by all offering aid that would make the price paid the same at each school.

The government, citing Section I of the Sherman Antitrust Act, disagreed. It claimed the practice of sharing financial aid information on students limited competition and, in so doing, had the potential to lead to higher prices for students because without competition, there would theoretically be no reason to attempt to “outbid” a member of the group.

Eventually, all of the schools settled with the government and agreed to stop collaborating on financial aid awards. Congress exempted colleges from antitrust laws in 1992, but only if they were “need blind” in admission. To be “need blind” means that a college won’t view a student’s application for financial aid prior to deciding whether to admit the student. Further, the exemption allowed these colleges to form groups to discuss aid policies and awards only if they agreed to award all aid on the basis of need and not merit.

What are these colleges accused of doing?

The five student plaintiffs in this case accuse these colleges of making low-income students pay more for their college education by agreeing to award them less financial aid than they would have been eligible to receive by using the standard financial need formula approved by Congress for awarding federal financial aid. This, they claim, is in violation of the antitrust exemption.

Specifically, the plaintiffs claim that the colleges give preference to children of potential donors. In that way, according to the plaintiffs, these schools are not “need-blind” and do not qualify for the exemption. It is worth noting again, however, that “need blind” refers to admission decisions made without viewing a financial aid application. Children of donors who might be capable of a large gift would not likely file an application for financial aid. Therefore, prior to making an admission decision, colleges cannot view a form that doesn’t exist.

The suit also alleges that the schools are not 100% “need blind” because some look at financial aid applications when admitting students from their waitlists. Based on my more than four decades of experience in the field of admissions, this is a common practice at the end of the admissions cycle if space is available in the freshman class, but after most financial aid funds have been awarded.

Further, the suit alleges that these schools award less aid because they agree to use a “shared methodology,” with a formula that calculates higher family contributions toward college expenses than does the “Federal Methodology” approved by Congress in the awarding of federal aid. The adjustments made to the formula, the suit alleges, decreases the student’s need for financial aid. Despite that assumption, colleges that agree on financial need calculations could also increase aid eligibility. For example, they could do this by deciding together that they will expect students to contribute less from their summer earnings because of COVID-19’s impact on the job market, therefore increasing their need for aid and decreasing the price they must pay.

How does this affect the average college applicant?

Only a small fraction of today’s college students would be affected by these alleged practices. The vast majority of the thousands of colleges and universities in this country must adhere to antitrust laws because they don’t promise to be need-blind, they don’t meet full need and they do not award aid solely on the basis of need. Thus, they do not meet the criteria for an exemption.

Why should anyone care about this?

Colleges are not legally required to provide grant aid from their own funds to admitted students who qualify. I have found in my 45 years of experience in college admissions that most colleges provide aid because they are committed to removing financial barriers for as many students as possible.

I also know that colleges believe that their degree leads to upward mobility, and they want to help students achieve their dreams. Of course, no one wants colleges – or consumer businesses for that matter – to engage in practices that eliminate competition and result in increased prices. Operating within the law, colleges must be transparent about how they admit students and award them financial aid. This is essential so families can be confident that they are indeed being treated fairly.