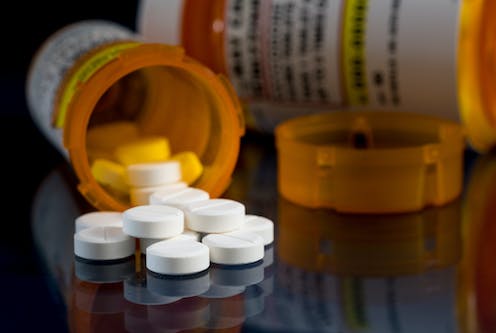 In the 12-month period ending in June 2021, the most recent period for which there is reliable data, more than 101,000 people died from drug overdose in the U.S., – an increase of more than 20% from the previous year.

2021 was also an important year for analysis of the overdose crisis, with numerous books and articles shedding light on both the causes and potential solutions to the crisis.

Not all analysis is in agreement, however. As a bioethicist who has spent much of the past several years researching the ethical and policy issues related to drug use, I’ve become particularly interested in an evolving tension between commentators on the drug crisis.

While many blame today’s crisis on an increase in drug supply over the past 25 years, others suggest that increasing drug supply can actually be a solution. So who is right? And what would ethical policy around drug supply look like?

The case against drugs is straightforward. As several experts have shown in recent years, the current drug overdose crisis was sparked by a steep increase in the supply of prescription opioids.

In his meticulously detailed book “Empire of Pain,” investigative journalist Patrick Radden Keefe reveals the extent to which Purdue Pharma, and the owning family, the Sacklers, utilized dishonest marketing strategies to drive aggressive prescribing of their extended-release opioid, OxyContin. Sales of the drug soared, and in the following years many other companies followed similar playbooks.

This is not the first time in American history that such a pattern occurred. As I argued in my 2019 book, “In Pain,” the prescription opioid problem of the early 2000s followed a pattern established by the development and marketing of morphine and heroin 100 years before.

When morphine was developed in the 19th century, its widespread use began to lead to addiction – especially among Civil War veterans. Historian Jonathan Jones has called this America’s first opioid crisis. When heroin was developed by the Bayer AG company and marketed as a more potent, less addictive alternative to morphine that only exacerbated the crisis.

At least twice in recent history, then, increased access to opioids has resulted in significant public health harms. One could ask, if access to prescription opioids started the crisis, shouldn’t society work to restrict such access?

The problem with attempting to address overdose by restricting access to prescriptions is that the current drug overdose crisis is no longer a prescription opioid crisis. Although opioid prescribing has been dramatically curbed, overdose mortality has increased dramatically.

Many overdose deaths in recent years have been polysubstance deaths, involving multiple drugs. Most commonly, this includes illicit fentanyl, which is approximately 50 times more potent than heroin. Fentanyl and its chemical analogs – synthetic opioids that are designed to mimic the properties of fentanyl and can be even stronger – make the illicit drug supply unpredictable. When suppliers cut their drugs with varying amounts of fentanyl products, the potency differs dramatically, making it difficult to dose. This unpredictability is driving the striking increase in accidental overdose being seen today.

In recognition of this fact, many scholars have argued that policies focused on restricting drug access make the drug problem worse, not better. Making prescription opioids harder to get can push those with a use disorder to the illicit market. And the illicit supply is unpredictable precisely because it is unregulated. Getting clean needles can be difficult because of drug paraphernalia laws. And fear of arrest increases the risk of drug overdose by leading people to use alone, or by making it risky to call for help if someone does witness an overdose.

In her 2021 book “Undoing Drugs,” journalist Maia Szalavitz shows that those advocating for harm reduction have long realized the negative effects of such policies, which is why they resist arguments that focus on restricting drug supply. Instead, they argue for policies that make using drugs safer.

These policies include syringe exchange programs, which reduce incidence of hepatitis and HIV among people who use drugs by reducing needle-sharing. Another example is distributing naloxone, a medication that reverses opioid overdoses. In addition, overdose prevention centers – sometimes called safe injection sites or safe consumption sites – reduce the risk of drug-related harms by allowing people to use drugs in a sterile, supervised setting.

Can drug supply be the solution?

Some harm reduction advocates do not, however, stop at strategies to make using contaminated drugs safer. They argue for simply giving people safer drugs. 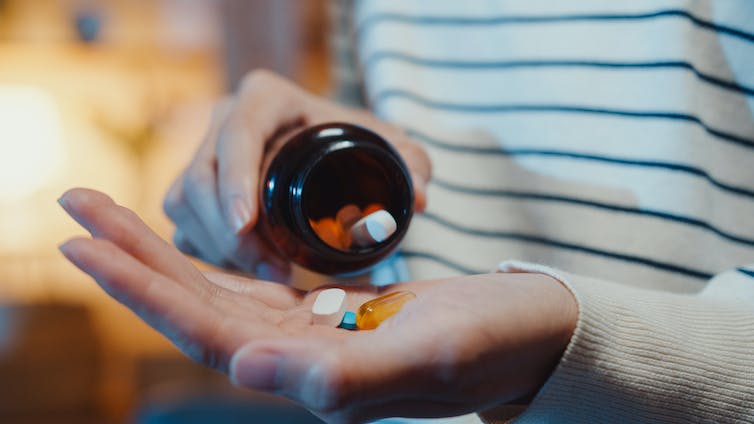 Should people have access to a regulated drug supply?Tirachard/iStock via Getty Images.

The “safe supply” movement, for example, claims that an important way to reduce drug overdose is for people who use drugs to have access to pure, regulated forms that are easy to accurately dose. Although counterintuitive to those who think any drug use is bad, the logic is straightforward: Some people are going to use drugs regardless of how dangerous they are, so it’s better if the drugs they have access to are consistent in potency and so safer.

Taking this logic further yet, some scholars have argued that because people should have access to a regulated drug supply, all drugs should be legalized. According to this view, since the unpredictability of the drug supply increases overdose risk, making the drug supply predictable should be part of the solution.

Advocates for both safe supply and legalization, then, hold that an increase in drug supply is not only not a problem – it could be a solution.

The key to resolving this tension is to recognize that drug supply can mean different things. An “increase in supply” can be both a problem and a solution.

The historical cases of morphine and heroin at the end of the 19th century, and then OxyContin a century later, suggest that increased access to badly regulated drugs can lead to harm. As I have argued in the American Journal of Bioethics, these cases pose a serious challenge to the argument for full legalization – especially if legalization implies that all drugs should be accessible to anyone over a certain age, as with alcohol or tobacco. The tension between those concerned about drug supply and those on the pro-legalization side may be unresolvable.

Providing people who plan to use drugs with a safe supply, however, can be done without making drugs easily accessible to everyone; they just need to be easily accessible to that population. What the public health infrastructure needs is a way to prescribe drugs to those committed to using without thereby giving easy access to everyone.

Travis N. Rieder does not work for, consult, own shares in or receive funding from any company or organisation that would benefit from this article, and has disclosed no relevant affiliations beyond their academic appointment.