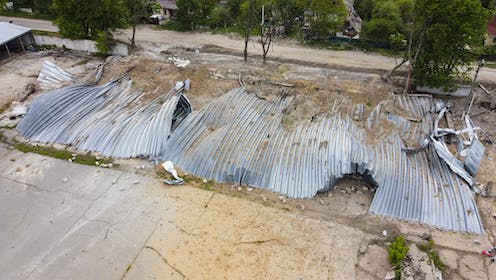 A hideous contradiction is playing out in war-torn Ukraine. Thousands of Ukrainians are starving in cities besieged by Russian forces. Meanwhile, the country’s grain stores are bursting with food, and the government is begging for international assistance to export Ukrainian grain to world markets.

Freeing the wheat will blunt the world food crisis, which is an urgent imperative. But it won’t stop belligerents around the world from using starvation as a favored weapon.

At the end of 2021, almost 200 million people globally were suffering acute food insecurity. The number climbed after Russia’s invasion and blockade of Ukraine, a key exporter of grains and oil seeds, which disrupted world food markets. This is pushing up food prices and straining aid budgets.

Russia isn’t the only belligerent to weaponize hunger. Most people at risk of famine today live in places afflicted by war. Many are being deliberately starved in what amounts to a form of societal torture.

Historically, starvation tactics have been excluded from war crimes prosecutions. As scholars who study international law, humanitarian crises and food security, our view is that it is time to confront the criminality of this practice.

Years of war have caused widespread starvation and disease in Yemen.

Not just a tactic for dictators

Starvation is one of the oldest weapons of war. Romans used it to defeat and destroy Carthage in 146 B.C. The tactics have changed little over time. They include destroying food, farms and water supplies and cutting off besieged enemy populations.

It’s tempting to think that only totalitarians would use food as a weapon. Russia’s war on Ukraine today echoes the Holodomor, dictator Josef Stalin’s subjugation of Ukraine by starvation in 1933.

But liberal states are not innocent. The Lieber Code of 1863, which President Abraham Lincoln issued to instruct the Union army on the limits of hostilities, provided that it is “lawful to starve the hostile belligerent, armed or unarmed,” specifying that fleeing civilians could be driven back into a besieged location “so as to hasten on the surrender.” The U.S. Department of Defense did not formally renounce this legal position until 2015. 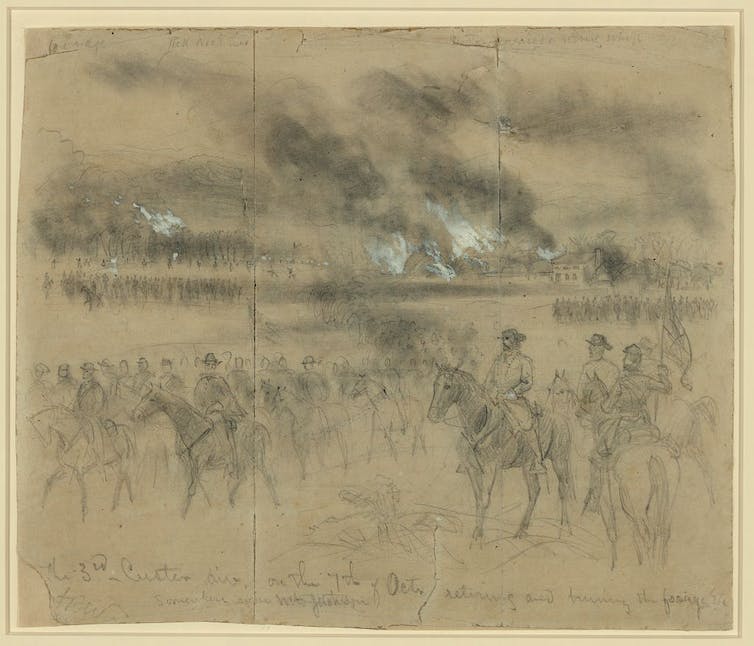 This was not merely a paper doctrine. The Atlantic powers used mass starvation as a weapon in both world wars, employing comprehensive maritime blockades as a favored tactic.

The U.S. went so far as to call its effort to encircle the Japanese homeland in 1945 Operation Starvation. Britain used the same phrase for its mass civilian relocation program designed to defeat communists in Malaya in the 1950s.

When the Geneva Conventions, key treaties governing warfare, were drafted after World War II, the U.S. and Great Britain successfully resisted efforts to prohibit such methods, ensuring that starvation of civilians would remain permissible in war for several more decades.

Starvation as a war crime

The first significant steps toward outlawing starvation tactics came after war-driven famines in Nigeria’s breakaway Biafra region in the late 1960s and Bangladesh in 1972 and 1974. In 1977, nations adopted two additionalprotocols to the Geneva Conventions, each of which included the prohibition of “starvation of civilians as a method of warfare.” Those protocols have been ratified by 174 and 169 states, respectively.

Despite these legal advances, starvation crimes have been evident in recent or current conflicts in Ethiopia, Mali, Myanmar, Nigeria, South Sudan, Syria, Yemen and now Ukraine.

Herders have been blocked from moving freely with their livestock, farmers from working on their land and hungry people from foraging for wild berries and grasses.

The effects have been devastating. From 2020 to 2022 the number of people who urgently require food assistance in situations of armed conflict rose from 99 million to 166 million. This includes nearly two-thirds of the population of South Sudan, with almost 1 person in 4 living in a full-blown humanitarian emergency there.

The people of Yemen, isolated by a Saudi- and Emirati-led blockade on one side and subject to confiscation of food and medicine by the Houthis on the other, have endured years of what remains one of the gravest humanitarian crises in the world.

In a 2021 report, the United Nations-affiliated Independent International Commission on Syria described “modern day sieges in which perpetrators deliberately starved the population along medieval scripts.” The commission described the Syrian regime imposing “indefensible and shameful restrictions on humanitarian aid” destined for civilians in cities such as Aleppo, Homs, Daraa and Eastern Ghouta.

Perhaps the most extremecase is Tigray in Ethiopia, where the Ethiopian government has besieged the region for more than a year and a half, closing down banking and trade and restricting humanitarian aid to the tiniest of trickles. This tactic has been used alongside a campaign of destruction, pillage, rape and killing that has wrecked the economy of a region of 7 million people.

Russian forces in Ukraine have engaged in an ever-lengthening list of starvation tactics, besiegingentrapped populations, attacking grocery stores and agricultural areas and granaries, deploying land mines on agricultural land, blocking wheat-laden ships from leaving Ukrainian harbors and destroying a critical grain export terminal in Mykolaiv. Moreover, although the U.S. and E.U. exempted fertilizers from sanctions (Russia and Belarus are two of the world’s largest producers), Russia has decided to withhold fertilizers from the market. 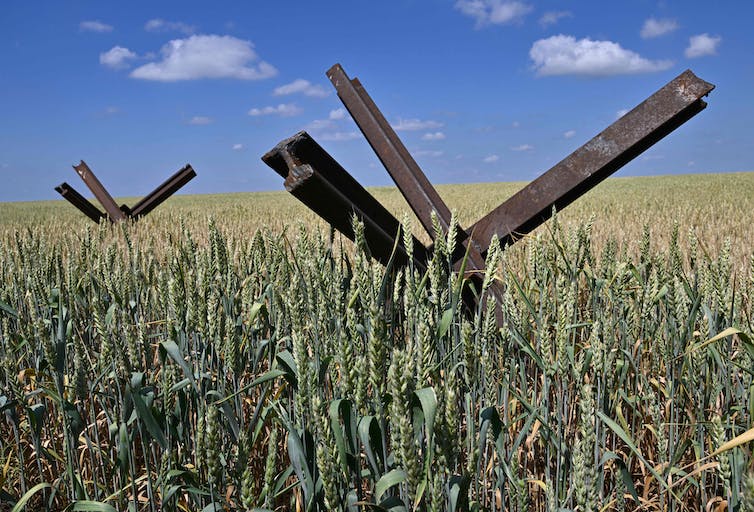 Responding to the crisis

In line with the International Criminal Court, many countries now prohibit starvation of civilians as a method of warfare in their national war crimes codes. Some of these states have opened investigations into alleged war crimes in Ukraine and Syria. Among others, these countries include France, Germany, Norway and Sweden.

Although Russia’s and Ukraine’s criminal codes do not refer explicitly to starvation tactics, they include provisions under which such crimescould be prosecuted. The Ethiopian criminal code also includes the starvation war crime.

Criminal punishment alone will not end starvation in armed conflict. That would require an effort that also includes reconstruction, reparations, support for displaced communities and targeted humanitarian action. However, in our view it is time to make accountability a central component of the response.

To that end, we urge investigators to focus on starvation methods in their extraordinaryefforts to documentwar crimes in Ukraine. At the same time, it is important to recognize that Russia’s tactics are not anomalous. Those with the relevant jurisdictional authority should devote equivalent attention to the criminal use of starvation tactics elsewhere, such as in South Sudan, Syria, Tigray and Yemen.

Alex de Waal is affiliated with the World Peace Foundation.

Daniel Maxwell receives funding from the US Agency for International Development (USAID) and the British Foreign, Commonwealth and Development Office (FCDO). He is a member of the Famine Review Committee for IPC analysis.

Tom Dannenbaum does not work for, consult, own shares in or receive funding from any company or organization that would benefit from this article, and has disclosed no relevant affiliations beyond their academic appointment.