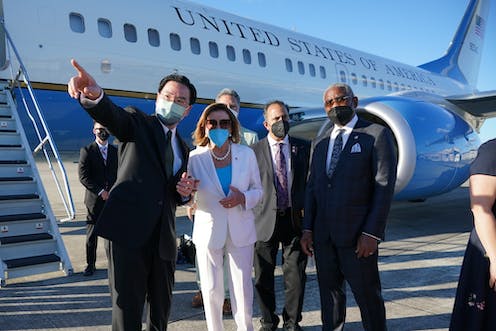 U.S. House Speaker Nancy Pelosi’s visit to Taipei, Taiwan, prompted warnings and threats from the Chinese government, but it is unlikely to upset her Taiwanese American and Chinese American constituents in San Francisco.

Pelosi left Taiwan on Aug. 3, 2022, after a whirlwind 24-hour trip, during which she met with lawmakers and Tsai Ing-wen, president of Taiwan. While Pelosi defended her trip by writing that it shows the United States’ “commitment to democracy,” China responded with military drills and threats of future punishment for the U.S. and Taiwan.

Taiwan, an island off the coast of China, considers itself an independent country – while China maintains that it is a breakaway province it wants to again officially oversee.

Some experts called Pelosi’s trip reckless, threatening U.S.-China relations – but she won’t necessarily need to answer to her voting base in San Francisco, where there are 187,000 Chinese and Taiwanese Americans. Asian American studies scholar Jonathan H.X. Lee in San Francisco explains why many voters in this community are not intensely invested in the escalating political tensions in the South China region. Here are four key points to keep in mind.

This is unlikely to turn voters away from Pelosi

If you were to ask a group of Chinese American college students about Taiwan, the majority would probably reflect the general kind of understanding that the general American public would have, which is not very much. They don’t know the history of Taiwan breaking off from China in 1949. So the reason this doesn’t register with Chinese American voters in San Francisco is that this geopolitical issue is just not on their list of major issues. 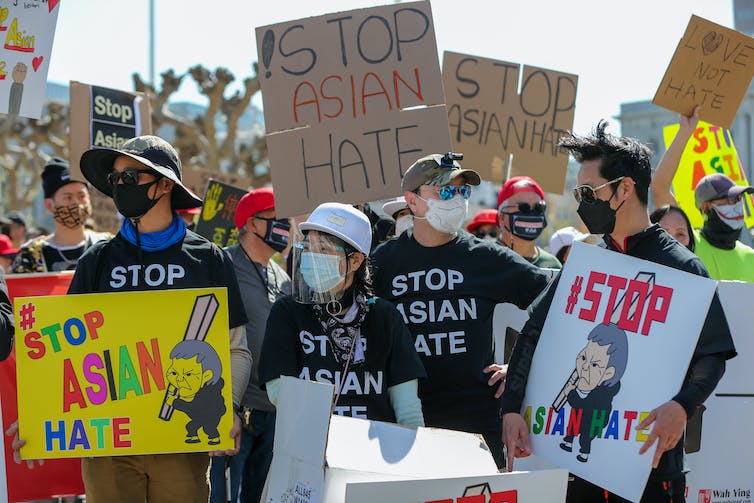 Other priorities for voters

I know that the leadership in Taiwan and people in Taiwan are loving this visit by Pelosi. So in terms of her approval with Taiwanese American voters, this will do a lot, because it really reaffirms the United States’ commitment to Taiwan’s sovereignty, which Taiwanese Americans care about.

But currently, the major political issue on many Chinese Americans’ and Taiwanese Americans’ minds would be anti-Chinese and anti-Asian hate that has occurred since the start of this global pandemic – fanned by former president Donald Trump, who racialized the pandemic by using terms like “China virus,” the “kung flu” and so on. Inflation and economic issues are also a serious concern.

Chinese American is an umbrella category that at times has its function. So in my research and in my discussions with Taiwanese foreign students, when they come to the U.S. they find themselves sometimes coming to the conclusion that it’s easier for them to just say, “I’m Chinese,” because they speak Mandarin. If they say they’re Taiwanese, they would be required to then explain.

Something that I hear them say quite often is, “I’m from Taiwan.” And then the person, not knowing anything about Taiwan versus China, says, “Oh, I love Thai food” – meaning food from Thailand, a totally different country. There’s that level of unawareness.

The Taiwanese American identity is a very unique identity within the Chinese American community. It says very clearly that these people inherently support Taiwan’s geopolitical sovereignty. It is, in essence, a very nationalistic identity, not just a cultural one. Chinese Americans are less nationalistic, because we’re not identifying with mainland China. Rather, we are identifying as members of a community that is linked to Chinese heritage, so it becomes more cultural, more linguistic.

Second- and third-generation Chinese Americans, especially, have lost some of the skills or don’t have some of the skills that help maintain a very strong cultural link, such as not speaking Mandarin or Cantonese, or many of the other dialects of China.

And if anything, Chinese Americans are critics of China, in terms of human rights, Tibet and child labor issues. 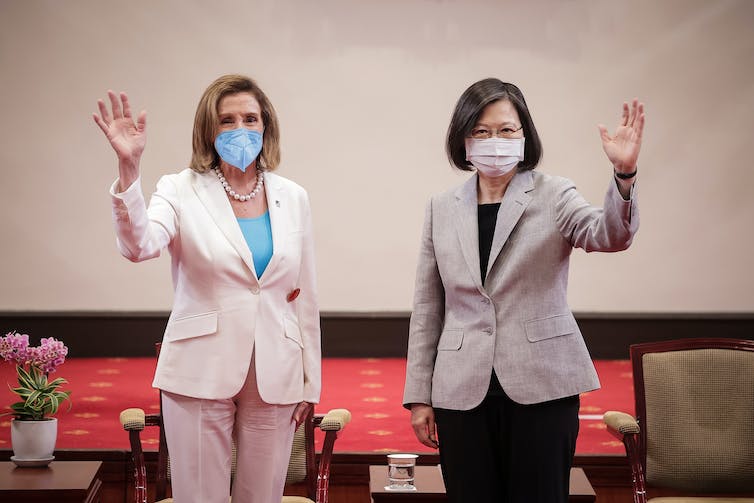 Taking a step back and looking at the history of U.S. officials going to Taiwan reveals that nothing has really materialized from the threats from China. In terms of retaliation, there has always been very strong, public kind of speech about how they disapprove, and maybe some strong threats. But nothing came of those threats, and relations quickly normalized. And I think that’s going to be the case here, too.

I think the question of whether or not it will affect her constituents in San Francisco is a very interesting question. And I think it’s exciting, because it reveals the diversity in terms of understanding Chinese Americans versus Taiwanese Americans.

The majority of Chinese Americans and Taiwanese Americans vote Democratic, so if Pelosi went or didn’t go, I don’t think it’s going have a huge effect. Because they’re going to still vote blue.

Jonathan H. X. Lee does not work for, consult, own shares in or receive funding from any company or organization that would benefit from this article, and has disclosed no relevant affiliations beyond their academic appointment.