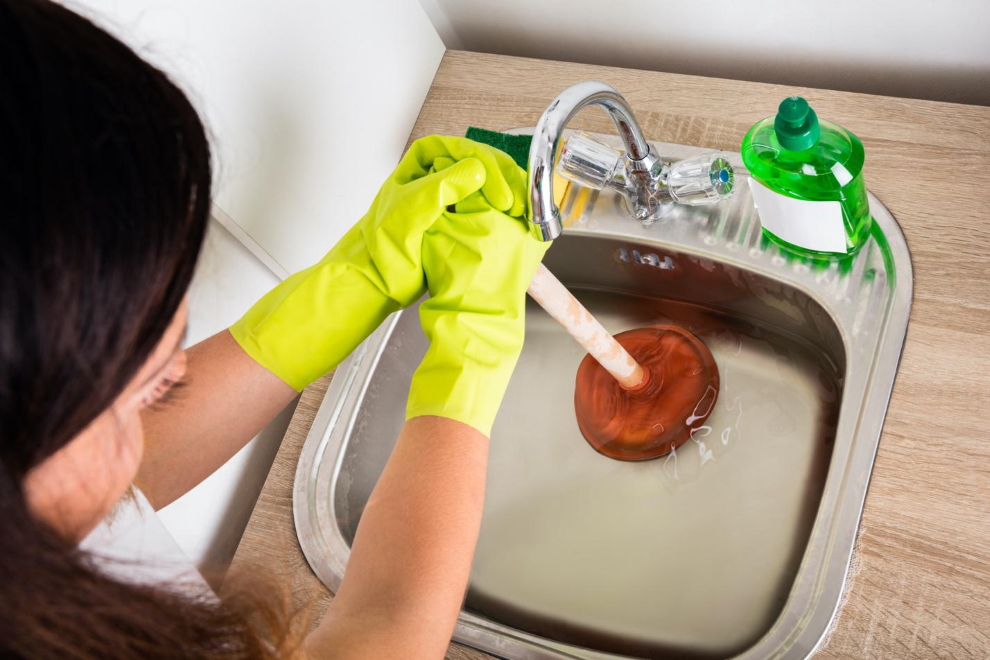 They might seem like a minor inconvenience at first, but blocked drains can cause some major issues if left unchecked for too long. Rancid odours, slow draining and overflowing are just the beginning. Even the smallest blocked drain can quickly cause major issues such as flooding or corrosion that often result in costly repairs. One of the best things you can do to prevent blocked drains? Understand what causes them.

Most of us know it’s a bad idea to dump things down the drain if they don’t belong there. But did you know that even regular everyday use may lead to drain blockages?

Here are ten common ways you may be clogging your drain.

Be careful where you plant – that shrub or tree might look nice next to the house, but your plumbing could suffer for it. Invasive roots are one of the most common causes of clogged drains as even the smallest crack in a pipe will allow roots in where they cause damage or blockages.

Toiletries like nappies, baby wipes, makeup wipes, tissues and sanitary items belong in the bin, not the toilet. Remember that the only things you should flush are water, moderate amounts of toilet paper and human waste – even flushable wipes and paper towels can wreak havoc on your plumbing.

If you have kids, chances are that something has ended up in the toilet or drain that definitely shouldn’t be there. We know it’s not fun to fish your child’s toy or your car keys out of the toilet. But foreign objects can get stuck in the U-bend and pipes, which isn’t fun for anyone.

Grease from fatty foods (such as bacon) and cooking oil should never be put down your drains. That grease may look innocent now. But, in time, it will harden and congeal, clumping together or with other food debris to create blockages in your pipes.

It’s not just cooking oil you should watch out for. Remember to keep food scraps out of your pipes as well. Yes, even if you have a garbage disposal, scraps are better off in the bin rather than your drainage system. Some food items like coffee grinds are especially dangerous because they don’t break down.

You may want to invest in a water softener because hard water can play a part in clogging drains. Minerals (such as calcium) may build up in your pipes. This restricts the diameter and water flow and makes it more likely for other items on this list to cause problems.

Isn’t soap supposed to go down the drains, though? While liquid soap likely won’t give you problems, hard soap can get stuck to the side of the pipes (where it is also known as soap scum). Or, large pieces may become lodged inside resulting in clogs and blockages.

Hair can be a nightmare when it comes to drains – especially long hair. Stringy items like floss, fur and hair can tangle around other materials and cause blockages in your system.

Outdoor drains are especially susceptible to natural debris like leaves, twigs, dirt building and animal matter. They can overwhelm your system, especially after large storms occur.

Don’t dump that litter down the drain! Cat litter is made to expand and clump together when wet. This is great for the little box but bad news for your plumbing system. It’s better to just toss it in the trash when your furry friend needs new litter.

Precisely the Plumbers You Need

Blocked drains are one of the most common issues that plumbers respond to – and for good reason! While you might be able to clear a blocked drain yourself, expert advice will definitely simplify the process. And some blockages will require a licenced plumber to clear them properly. You can do your part by trying to prevent blockages. But when you’ve got an emergency on your hands and need an experienced plumber, we can help!