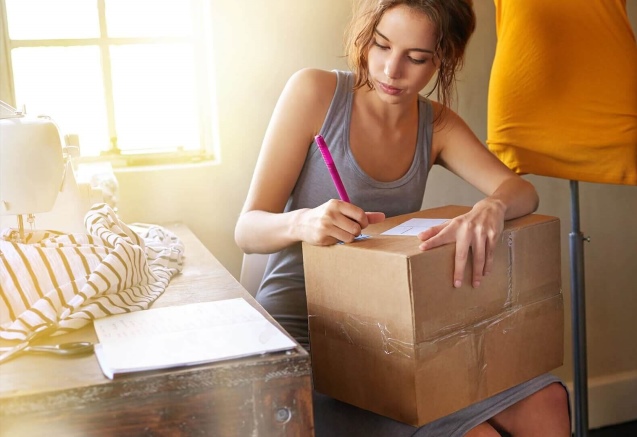 *  The surface area of cardboard used for the wall was 1,872 inches2

*  3,848 inches of parcel tape was used to tape all the boxes together

*  Video of how the wall was created, and the shocked reactions of employees, is available here https://www.parcel2go.com/content-hub/game-of-thrones-cardboard-wall-experiment

*  A team of parcel delivery experts combined their love for Game of Thrones and knowledge of cardboard boxes by building a wall which divided their entire office.

When the team came across some spare cardboard boxes tucked away in storage, the idea to combine their shared love of the GoT series with some team building activity was born. Although the materials didn’t quite match that of the GoT version (which stretches over an impressive 300 miles) they managed to make the most of what they had at their disposal.

To build your very own GoT style wall, you will need the following:

*  3,848 inches of parcel tape was used to tape all the boxes together

*  Skills to cut out 15 cardboard cut-out trees, and create a cardboard castle

*  An office with a positive attitude


Full video of how the wall was built https://www.parcel2go.com/content-hub/game-of-thrones-cardboard-wall-experiment

Although the wall brought members of the team together during the planning and building process, it had an adverse effect the following morning when the employees started to arrive in the office.

After some initial excitement and confusion, as everyone was trying to work out where it had appeared from, the working day started to commence, but it didn’t take long for the wall to start causing conflicts and frustrations in the workplace.

The wall mimics and highlights other aspects of division that affect productivity in the workplace, such as poor communication, which can lead to frustrations and conflict, or breed gossip and speculation, which all take away time from completing tasks and in turn hinders performance.

The overwhelming advice is that specifying performance expectations at the first instance and ensuring effective communication between all employees are vital aspects within the workplace to keep it running smoothly.

“We’re huge Game of Thrones fans here, and we wanted to use this passion to create a new team building experiment - so we decided to build a giant wall straight down the middle of the office!

“As you can imagine, it was very difficult for the teams to communicate, and it quite literally created a divide in the office. This hindered the productivity between the teams, and made everyday tasks, such as printing out important documents, very difficult.

“While the wall itself might have looked spectacular, the office environment and cohesion between the two teams was not the same. It was only a matter of time before a member of the team took it upon themselves to begin the destruction of the wall, so that normal order could be restored.

“The overriding feeling was that it is much harder to run a successful organisation when there is a divide in the team, whether that is a physical divide or internal divisions between teams. We work hard at Parcel2Go to ensure our teams have open lines of communication with each other, and that everyone we hire is a team player, so that we can be as unified as possible as a business.”