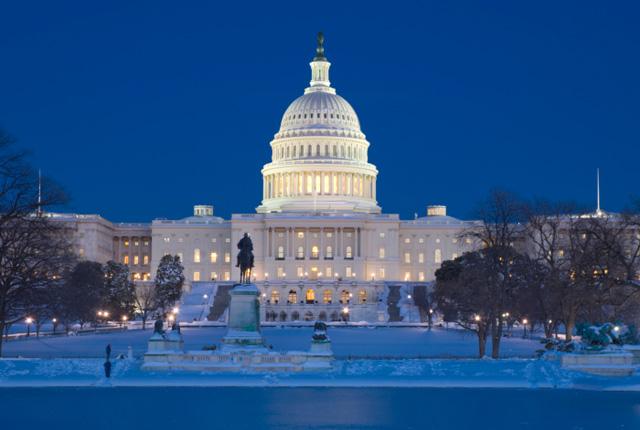 USA 7 August 2015. Listening to the lies of the politicians as presented by the prattle of the biased it is easy to lose hope in a secular sense.  My hope in an eternal sense is founded on the rock of an unshakable faith in Jesus, and so it cannot be shaken.  However, in the secular resting, as it must upon the shifting sands of man in America today, hope as a measured commodity is all too often hopeless.  Seeking for hope in current events, a diamond among the discards and a point of light in a sea of darkness, is seeking something positive among the gathering gloom of an empire in eclipse.

I don’t know about you, but I cannot focus on the negative trends of our current situation for long without at least contemplating depression and I don’t mean the economic kind.  I am thankful I have a peace that passes all understanding and a hope that cannot be taken away, and I am also glad that I have a sense of History which gives me a context to frame the Now.  For if all we have is the Now it can always be changed with the next headline, the next news bulletin, or the next press release.  Having a historical context brings things into focus fitting the events of today into flow of time from yesterday to tomorrow.

Truth often becomes the victim of expediency.  For what seems true at the moment may end up as the lie of the hour.  Politicians bend truth like gravity bends light: the heavier the perceived need the greater the unperceived distortion.  Lies can become so widely believed that truth is swallowed in truism. Lies become the accepted wisdom of professional pundits chattering endlessly, supporting that which ultimately must fall for those who seek to surf a tsunami into a safe harbor.  The news is filled with half-truths and as my second favorite philosopher, Anonymous, once said, “Beware of half-truths, you may have gotten the wrong half.”

We live in a twilight time.  Twilight by definition is a time when two sources of light pierce the gloom. It is that quivering moment when both the sun and the moon hold back the darkness.  The darkness of confusion is dispelled by the brightness of the sun of truth, but it is disputed by refracted light of the moon of opinion masquerading as truth.

Casting about for something solid in the midst of the swirling fog of conflicting facts, shifting observations, and contradictory visions in the secular sense I must focus on one thing: the people.  I trust the American people.  I trust them to make the right choice when presented with unvarnished reality.  I trust them to do what must be done to preserve the bequest of our forefathers for the inheritance of our posterity.

The Declaration of Independence was written to proclaim the righteousness of the actions of “One people” with the courage to declare to a world sold into bondage that our liberty was founded upon truth. “We hold these truths to be self-evident, that all men are created equal, that they are endowed by their Creator with certain unalienable Rights that among these are Life, Liberty and the pursuit of Happiness.”

We the People wrote the Constitution in order to perfect that which had been founded upon the truth.  “We the People of the United States, in Order to form a more perfect Union, establish Justice, insure domestic Tranquility, provide for the common defense, promote the general Welfare, and secure the Blessings of Liberty to ourselves and our Posterity, do ordain and establish this Constitution for the United States of America.”

It is to this one people, this “We the people” that I look for secular hope, political peace, and the eventual solution to our current cultural conundrum. The popular definition of a conundrum is a problem without a solution.  However it also has another meaning: a riddle whose answer is or involves a pun.  Since I am referring to the second meaning I will present the riddle, “How is liberalism the solution to the problem of liberalism?”

In our through-the-looking-glass world, politicians use actual truth to obscure the obvious truth.  Congressman Joe Early (D-Mass) at a press conference to answer questions about the House Bank scandal said, “They gave me a book of checks. They didn't ask for any deposits.”  While I’m sure it is true he was given a book of checks, obviously one needs to make deposits if one is to honestly write checks.  In this same manner the leaders of our free country promote socialism as the solution to the problems socialism has caused knowing that you cannot honestly write checks if you don’t make deposits.  Capitalism makes the deposits and socialism wants to write the checks.  As Churchill said “Socialism is a philosophy of failure, the creed of ignorance, and the gospel of envy, its inherent virtue is the equal sharing of misery.”

We are awash in polls.  Every campaign and every major news source constantly trumpet polls many of which contradict each other.  No matter what the polls say I believe that the American people still believe in freedom.  I believe they still believe in the equality of opportunity and the opportunity of equality.  We all aren’t the same.  Each of us is born with a particular set of talents and each of us uses those talents in a certain way.

It is my belief, that given the level playing field of personal freedom, individual liberty and economic opportunity, the vast majority of Americans will work hard to earn what they deserve.  This is my secular hope. Heaven on earth is not possible but given personal freedom,  individual liberty and economic opportunity freedom inherently promised in the perfect union we the people sought to create we can at least avoid remaining in the hell of socialism the Progressives are currently foisting upon us, as Churchill also said “If you're going through hell, keep going.”

Oh, by the way, the answer to the riddle is that Classical Liberalism promotes the general welfare by promoting the limitation of government and the liberty of the individual in order to better serve the whole. Welfare Liberalism erodes the general welfare by expanding the government at the expense of the individual in order to better serve the individual.  Thus Classical Liberalism is the solution to the problems caused by Welfare Liberalism.  And that’s the truth which brings me to one last Churchill quote for the day, “The truth is incontrovertible. Malice may attack it. Ignorance may deride it. But in the end, there it is.”

Hope and change may have convinced our fellow citizens to sell their birthright of freedom for the savory red stew of give me more; however, another November is coming and things may change. At least we can hope.

What we need is the hope that does not disappoint and that is found in adversity and tried in the furnace of persecution.  This is not the first time good people have been subjected to the rule of those dedicated to plunder and dominance.  It is an old story that has repeated itself ad infinitum throughout time.  Hope lies in the fact that we will never be tested beyond what we can endure and that with each test there is a way of escape.  This is so true and so common it has been written in our hearts and if we allow it blazes in our spirit.  That, having been justified by faith, we have peace with God through our Lord Jesus Christ, through whom also we have access by faith into this grace in which we stand, and rejoice in hope of the glory of God.  And not only that, but we also glory in tribulations, knowing that tribulation produces perseverance; and perseverance, character; and character, hope.  Now hope does not disappoint, because the love of God has been poured out in our hearts by the Holy Spirit who was given to us.

Above all if we know He has said, if My people who are called by My name will humble themselves, and pray and seek My face, and turn from their wicked ways, then I will hear from heaven, and will forgive their sin and heal their land.

Reject the culture of death and the society of depravity that have gained ascendance in our land.  Seek out the good and cling to that.  Stand forthrightly in the face of persecution, pray for renewal and live a renewed life.  Refuse to be a part of the plunder mentality which manages our decline and discards the future of our children for the repose of the moment.

Don’t be discouraged by the blather of the pontificating politicians or confused by the conflicting ruminations of the professional talkers. When all is said and done if we will trust God we can trust us.  We the People will eventually come down on the side of truth, justice, and the American way.  Freedom will be reborn just as surely as night follows day for tears may come at night but joy comes in the morning.