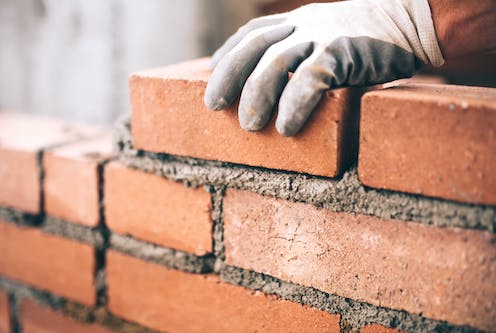 The Australian government will provide eligible owner-occupiers with a grant of $25,000 to build a new home or extensively renovate an existing one.

The scheme – estimated to cost up to $688 million – will not be limited to first home buyers.

Contracts must be entered into between now and the end of the year, with work to begin within three months of the contract date, to maximise the stimulus to an industry set to take a big hit from the pandemic crisis.

The means-tested HomeBuilder scheme will be available to individuals with income up to $125,000 and couples whose combined income is up to $200,000.

It will not be available to companies or trusts, those who are not Australian citizens or people under 18 years of age. Owner builders will not be eligible, nor can the scheme be used for investment properties.

New builds must be for a principal place of residence with a cap on the combined value of house and land of $750,000.

Those renovating their existing home as a principal place of residence will have to be making changes valued between $150,000 and $750,000, with the dwelling worth not more than $1.5 million before the renovation.

The renovation must be “to improve the accessibility, safety and liveability” of the home. It can include a combination of work, such as a kitchen and bathroom renovation.

It can’t be for unconnected additions, such as detached sheds or garages, or for swimming pools, tennis courts or outdoor spas and saunas.

It must be under the supervision of a registered or licensed builder.

Sensitive to comparisons with the Rudd government’s stimulus grants in the global financial crisis, notably the controversial pink batts scheme, the government has listed differences including the limited term of the program, tighter eligibility criteria and expert supervision.

The latest package comes as Wednesday’s national accounts showed the Australian economy went backwards by 0.3% in the March quarter. Annual growth was 1.4%.

Treasurer Josh Frydenberg admitted Australia is already in recession, given the June quarter is expected to be horrendous. A common definition of a recession is two negative quarters.

Frydenberg also announced the government’s promised economic and fiscal update has been delayed, from June until July 23.

He said it would include the response to the review of JobKeeper, which is currently under way. He again flagged the government could cut the $1500 a fortnight payment for those earning less than that before COVID.

Shadow treasurer Jim Chalmers said the delay was a disgrace in these uncertain times.

The government says the housing scheme will help support 140,000 direct jobs and another 1,000,000 related jobs in the residential construction sector.

The sector has lobbied for special assistance, saying it expects new dwelling starts to fall by half by the end of this year.

The government expects competition for work will keep prices contained.

Frydenberg said that “with dwelling investment expected to decline by around 20% through the June quarter, the HomeBuilder program will support residential construction activity and jobs across the industry at a time when the economy and the sector needs it most”.

The scheme will be implemented through the states and territories, which will monitor compliance. The grant will be paid to people when they make their first progress payment.

"This is about targeted taxpayer support for a limited time using existing systems to ensure the money gets used how it should by families looking for that bit of extra help to make significant investments themselves.”

Housing Minister Michael Sukkar said “HomeBuilder will not only support the jobs of carpenters, plumbers, bricklayers and electricians on our building sites, it will also support the timber mill workers who produce the frames and trusses and the manufacturing workers who make the glass, brick and tiles for our homes”.

Some days ago, Labor’s housing spokesman Jason Clare said the housing industry was “expected to go off a cliff” and a stimulus package was urgently needed. Labor has also said stimulus should be given to social housing.