As debate rages about sexual harassment in the legal profession, a key outstanding question is reforming the way judges are appointed.

Underscoring the response to these allegations has been the acknowledgement the legal system - created by and for men - has excluded women through its formal and informal structures.

One important and long overdue change is boosting the diversity of the judges, who sit at the top of the profession.

Although it stands to reason the judiciary will not necessarily be representative in terms of age (given the importance of experience), no such justification can made in regard to other key characteristics.

Women’s historic formal exclusion from the profession has been well documented.

Women have since entered the law in significant numbers, and it was assumed they would then begin to occupy positions of power and authority within the profession.

This has not been borne out by the statistics.

Women today comprise 62% ofAustralian law graduates, 52% of NSW solicitors, and 23% of NSW barristers. The number of barristers is significant, as judges tend to be chosen from leaders at the bar. 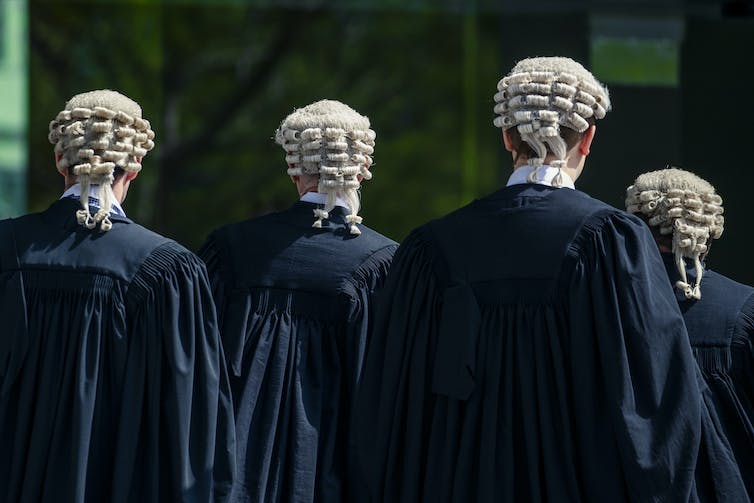 The legal profession is still male-dominated when it comes to barristers and judges. Glenn Hunt/AAP

Indeed, only 36% of Commonwealth judges are women. The proportion of women judges and magistrates is between 31 and 37% across at the state level, with the ACT (54%), Victoria (42%) and Tasmania (24%) as outliers.

How are judges appointed?

Australia’s judges are appointed by state and federal governments. Particularly at the federal level, this is an opaque system that lacks transparency and genuine political accountability.

When it comes to High Court appointments, there is no formal application process, no formal system for the checking of references, and no requirement that candidates undertake interviews. 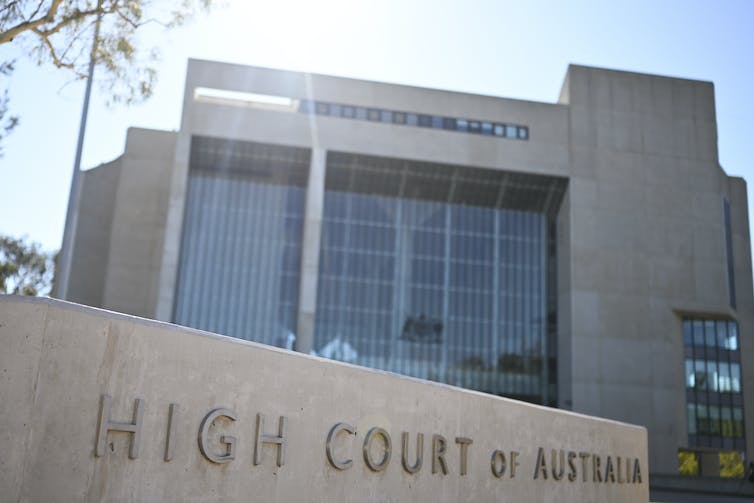 There is no formal application process for becoming a High Court judge. Lukas Coch/AAP

The government is therefore largely unrestrained in making their appointments beyond a requirement they consult with state attorneys-general and the appointee meets the minimum qualifications of admission as a legal practitioner.

Certainly, there is nothing that legally compels those making judicial appointments to consider diversity.

Pressure to reform judicial appointment practices is not new.

There have been previous calls to improve not just diversity but also transparency and accountability.

Importantly, these criticisms have very rarely been personal (about the suitability of individual appointees). But about the potential for political or other concerns to influence the process.

Read more: 72% of Australians have been sexually harassed. The system we have to fix this problem is set up to fail

In fact, some of these debates came to the fore in 2003, with the Howard government’s appointment of Dyson Heydon to the High Court.

The appointment raised concerns about what his appointment meant for the diversity of the bench, because he was replacing the first and, at that time, only woman member of the High Court, Mary Gaudron.

The lack of publicly available selection criteria speaks to the breadth of this discretion.

Another issue here is the insistence these appointments are made solely on the basis of “merit” - as though this imprecise concept, which has the potential to reproduce informal networks of power and privilege, is an adequate substitute for clearly articulated selection criteria.

when male politicians gaze at the available gene pool of potential High Court appointees, they only see reflections of themselves, and what they understand as depictions of merit.

Of course, what counts as meritorious is the eye of the beholder. It is notable that former prime minister, John Howard stands by his appointed of Heydon, observing this week he was an “excellent judge of the High Court of Australia”.

Previous reforms have not been enough, or stuck

In 2007, then attorney-general Robert McClelland instituted a number of reforms to the Federal Court judicial appointment process, during the early days of the Rudd government.

These included the introduction of publicly available selection criteria for appointments and the requirement that vacancies be advertised, as well as the use of advisory panels to make recommendations.

But these reforms (which did not extend to the High Court in any case) were abandoned in 2013, when the Coalition came to power.

Why the life experience of judges matters

Inevitably, questions have been raised about how Chief Justice Susan Kiefel’s gender shaped her response and leadership regarding the High Court inquiry into sexual harassment.

Would a male chief justice have responded in the same way?

Of course, we may never know the answer to this, but her apology to the young women in question and her words “their accounts … have been believed” are powerful and important and will form an important part of her legacy. 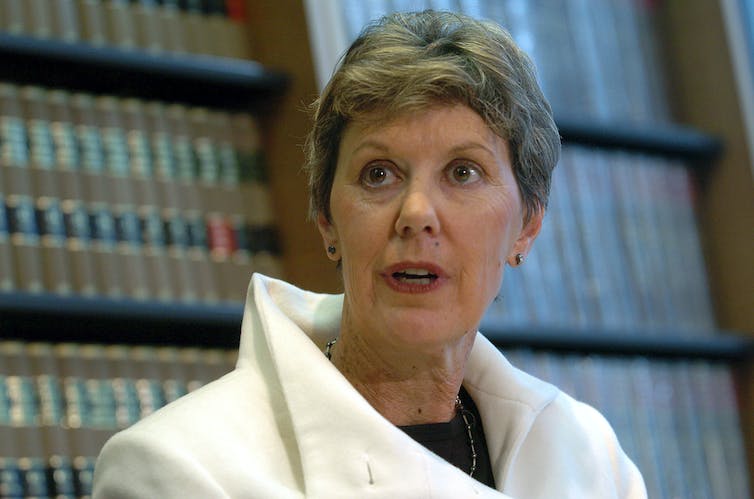 This week, former Family Court chief justice Diana Bryant told the ABC “this kind of behaviour isn’t new” and said she had been sexually harassed by a former High Court judge as a young lawyer.

During that interview, she also described the changes she made once she had the power to do so on the Family Court - making clear that associates are not the personal employees of the judges they work with.

Addressing the lack of accountability and transparency in making these appointments is an obvious area of reform. We need to make selection criteria public and clear to create the political accountability that is currently lacking.

But more must also be done to explicitly value diversity in judicial appointments.

Some relatively straightforward changes could include, involving women’s lawyer groups in judicial appointments, as well as quotas.

In the context of High Court appointments, Rubenstein has argued that any given point in time, the High Court should be comprised of at least 40% of either gender.

Of course, diversity is not a synonym for “women”, although their exclusion is especially visible. Moving away from “state, male and pale” has the important potential to address the law’s homogeneity on other fronts, including race.

Any changes must be formalised

Importantly, any reforms which reflect this commitment to judicial diversity across must be formalised.

Formalising them would safeguard any gains so that they are not at the whim of the politics of the day.

Who our are judges are matters. It always has.

This moment of reckoning should be a catalyst for change in finally demanding long overdue reforms to the process by which these important appointments are made.