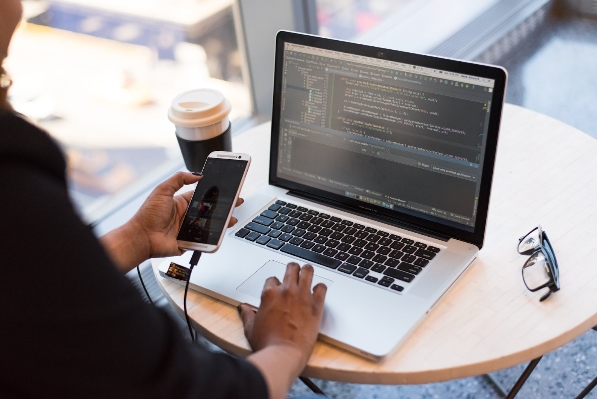 Life is all about balance, they say. And that is for an acceptable reason. Any kind of activity has a limited amount of "use" we can get. Same even goes for vitamins. No matter how good vitamin C is for your body, just a tiny bit too much and you may end up feeling nauseous in a public transport.

But let's get to the point. A lot of people, for starters, have a disordered view towards gambling and casinos. And they indeed have a point. Gambling is one of the most challenging addictions to beat.

However, a lot of people who end up addicted to casinos usually do not have knowledge about it to start with. They might try some pokie machines with their co-workers or just do it for fun online. And there's nothing wrong with that. In fact, there are many ethical, transparent online gambling sites out there. One of such is pokies.bet.

If you decide to try gambling from time to time, and even if you see it as just an occasional activity, you still must understand the dangers and the definition of it.

What exactly is disordered gambling?

Disordered, compulsive gambling, gambling addiction is a pattern when an individual shows repeated unsuccessful efforts to control, cut back, or stop gambling.

To get a deeper understanding, gambling becomes an addiction the same as people become dependent on alcohol. They can desire it the same way or even more robust. Compulsive gambling addiction often leads to financial problems, causing uncertainty in relationships and work. What's even more difficult with addicted gamblers is they could even get into legal issues.

You may have noticed behaviour with cigarette addicted people. They often hide it. Well, the same goes for gambling. They might even lie to their family and friends in order to disguise their behaviour and financial problems.

The science behind addiction (literally)

Some gamblers are seeking emotion, excitement in gambling, they want to feel more 'alive'. Others are looking more for an escape from their day to day lives.

An addiction of gambling, even though you do not consume anything (like drugs or alcohol) is very much linked with it. And what's more, it's also physically explained.

The reward system links various scattered brain regions involved in memory, movement, pleasure and motivation. When gambling, an individual engages in any kind of game, neurons in the reward system push out a chemical dopamine, giving us satisfaction, sharpness, and encouraging us to make a habit of an activity that makes us so joyful.

Continuous use of such drugs robs them of their power to induce euphoria. Addictive substances keep the brain so awash in dopamine that it eventually adapts by producing less of the molecule and becoming less responsive to its effects. As a consequence, addicts build up a tolerance to a drug, needing larger and larger amounts to get high. In severe addiction, people also go through withdrawal—they feel physically ill, cannot sleep and shake uncontrollably—if their brain is deprived of a dopamine-stimulating substance for too long. At the same time, neural pathways connecting the reward circuit to the prefrontal cortex weaken.

The more an addict uses a drug, the harder it becomes to stop.

Research to date shows that pathological gamblers and drug addicts share many of the same genetic predispositions for impulsivity and reward-seeking. Just as substance addicts require increasingly strong hits to get high, compulsive gamblers pursue riskier ventures. Likewise, both drug addicts and problem gamblers endure symptoms of withdrawal when separated from the chemical or thrill they desire. And a few studies suggest that some people are especially vulnerable to both drug addiction and compulsive gambling because their reward circuitry is inherently underactive—which may partially explain why they seek big thrills in the first place.

A 2005 German study using such a card game suggests problem gamblers—like drug addicts—have lost sensitivity to their high: when winning, subjects had lower than typical electrical activity in a key region of the brain's reward system.

Steps to take if it's too late

Of course, it always depends on how addicted one could get. However, there are specific steps that addicted gamblers can take in order to reduce it.

Gaining control over your gambling. It means setting goals, avoiding it, turning into non-financial online games that stimulate you as well. Anything that works for you. Healing family relationships is one of the most essential steps since it means having a support system which is crucial when healing. Deal with your urge to gamble. It means - accepting you're addicted. You can only go from here, and being truthful to yourself is the only way to go. Handle stress and other problems. Find other things to do with your time. Let's say taking a new hobby, learning a new skill, or even reaching out to your old friends. Put your finances in order. Maintain recovery and avoid slipping back. Or even if you do - do not blame yourself, as blame creates even more desire to gamble.

Studies also confirm that another effective addiction treatment is cognitive-behaviour therapy, which teaches people to resist unwanted thoughts and habits.

So this is precisely why gambling brings a lot of fun, enthusiasm, but a responsibility as well. It's essential to understand the risks, define and set restrictions, so safe gambling could be developed.