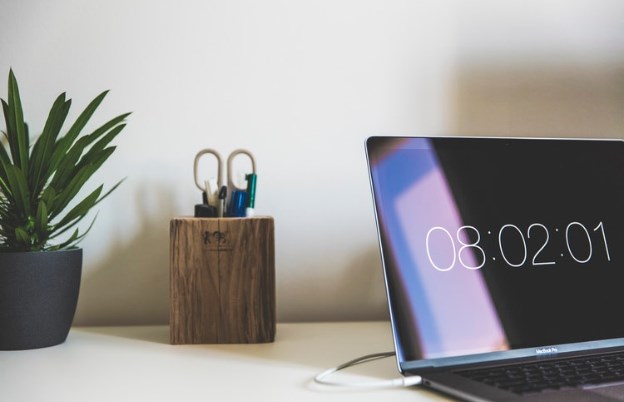 Time wasting has become an epidemic in the world of business. We’re talking about 89% of workers claiming they wasted time at work every single day, according to a new a new survey conducted by Salary.com. We’re not just talking about a few minutes here or there to grab a coffee from the kitchen either. 30% of respondents said they wasted around half an hour, another 30% admitted to wasting an hour, while the other 40% of people dropped their heads after confirming they wasted between two and five hours each day while wandering off-task.


But it’s not just employees and workers. Those at the top of the chain are guilty of it too. It’s not time you considered wasting, meant to waste or even realized you were wasting. It’s just one of those things that happens. You get in to work early, sit down at your desk and just find yourself in a mood where you can’t seem to focus on work.


That’s why we’ve been speaking to a few business consultants and finding out what top tips they have to remedy this epidemic. So, without further ado, here are some amazingly simple ways you can stop wasting time and start accomplishing more.


With the smartphone boom came one major flaw: social media on tap. As research shows, this is a modern-day addiction that affects so many. We all want to know what is going on with the people in our lives like we’re caught in some crazy realistic soap opera and that can make it hard to get into a work groove. Knowing that, if you’re serious about getting work done, you need to make accessing these sights almost impossible. Keep your phone in a locked drawer or in your bag. Install an app that will block you from visiting certain websites on your phone or computer. Anything that will be able to curb your automatic reaction to pick up your phone and replace it with a ‘quick check on the way home’ sort of habit.


Picking the right music is not easy. Things like songs you know really well or songs that have catchy lyrics it can serve as a distraction more than a savior, which is because your brain starts to follow the words instead of your work. But go too far the other way and you might find yourself imagining you are in a Christopher Nolan film, which can jangle your nerves completely. According to science, the best music you can listen to are video game soundtracks. These have been proven to boost productivity, maintain focus and reduce your chance of spinning in your chain to engage in chit-chat with your colleagues. Got to be worth a try.


If you are the head of a biggish business, then you can simply delegate these niggly little tasks to your receptionist. But if you are a solopreneur or top of a very small team, chances are some of these fall into your role. That’s when a system or a hack can really save your time. Instead of having to man your own phone, try using a virtual service and take that pressure off you. You’ll save time without losing your professionalism or having to pay a massive premium, which is what outsourcing offers in general. If your email inbox is a distraction, then get into the habit of only checking it a couple of times a day. Try checking it once at 11am and then again mid-afternoon. This will let you get on with your to-do list without having to worry about anything extra.


Having a to-do list is all good and well but, after a couple of days, you’ll find it starts to lose its effectiveness. It’s just a giant jumble that you can’t make sense of as you try and figure where to start. So, instead of having a to-do list, try making an urgent list. This should be things you absolutely have to accomplish. Don’t put loads on there, just the things you will feel guilty about pushing back again. Say four items or so. And then don’t even think about leaving the office until they have been done. You will find yourself breathing a lot easier if you manage this.


It’s not easy to overcome your time-wasting habits. But hopefully, along with a good night’s sleep, these little tips and tricks will get you back onto a more productive path.