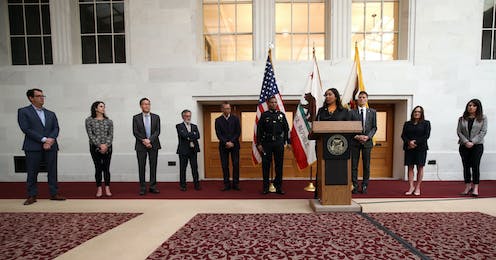 Mayors are elected to govern their cities, serve and protect citizens, maintain law and order and bring about economic prosperity. Those are tall orders today, as American cities are wracked by COVID-19 and anti-racism protests.

One effect of these simultaneous crises has been to thrust Black female mayors onto the national stage. That’s because, for the first time in U.S. history, Black women lead several of the United States’ largest cities, including Chicago, Atlanta and San Francisco.

Black women make up just 14% of women in the United States, and their mayoral history is a short one. But it’s a history of achievement worth exploring. My upcoming book, an edited volume called “Political Black Girl Magic: The Elections and Governance of Black Female Mayors” examines the background of 24 Black women elected to lead cities over 50,000 since 2000 to learn who these pioneering women are and how they came to power.

In 1971, Ellen Walker Craig-Jones of Urbancrest, Ohio, a town of 754, became the country’s first Black female elected mayor. She was followed, in 1973, by Lelia Foley – a poor, divorced, single mother who became mayor of the predominantly Black small town of Taft, Oklahoma. Later that same year Doris A. Davis of California became the first Black female mayor of a big city: Compton, population 78,611 in 1970. 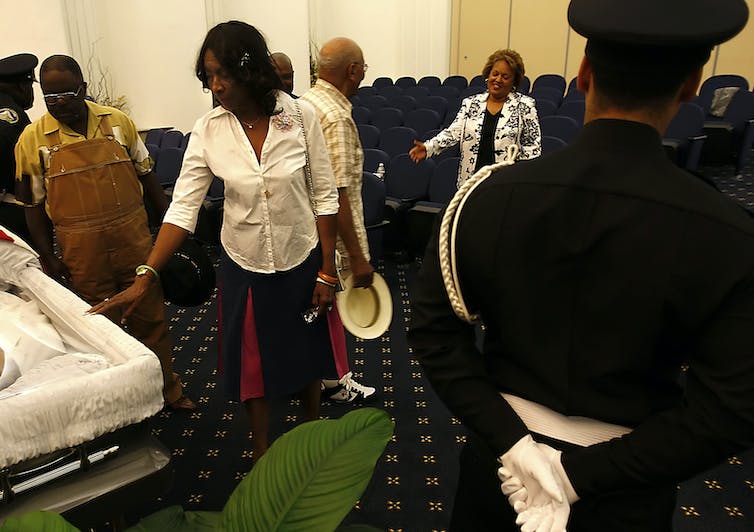 Doris Davis, photographed in 2008, was the first Black woman to lead a major U.S. city.Photo by Robert Gauthier/Los Angeles Times via Getty Images

In the decades that followed, just a handful more cities – among them Hartford, Little Rock, Minneapolis, and Washington, D.C. – elected Black women mayors.

Then came 2017, when five African American women held that office simultaneously in Atlanta, Baton Rouge, Baltimore, Toledo and Washington, D.C. Huffington Post dubbed it the “Year of the Black Woman Mayor.” Among those elected were Vi Lyles in Charlotte and Keisha Lance Bottoms in Atlanta, both still in charge today.

Seven of the nation’s largest cities now have black female mayors. These women are part of a national wave of winning Black politicians: Twenty-two black women serve in Congress and 313 in state legislatures. These victories are huge milestones for women historically excluded from leadership positions in both traditional politics and civil rights organizations and who, in many cases, lacked even Black community support when running for office.

How she got there

The Black female mayors covered in my book range in age from their 30s to their 70s and represent cities both large and small. They have many things in common.

All but one are Democrats – Acquanetta Warren of Fontana, California, is the lone Republican – and all are very well educated. Twenty-two of the 24 have a doctorate, medical degree, law degree or master’s degree.

Most also worked in a traditional “feeder” occupation for political service like law, business, education or community activism before pursuing politics. All had held another political office before running for mayor, with most serving on the local city council or in the state legislature.

Some Black female American mayors won close elections and others won by large margins, but regardless of margin most won open seats, either because the sitting mayor was term limited or chose not to run for reelection. That removed the added challenge of competing against an incumbent. Only seven of the 24 mayors defeated incumbents. 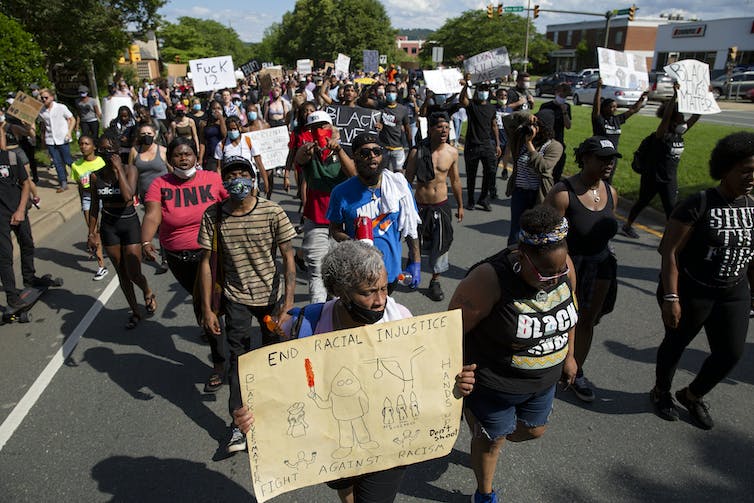 Anti-racism protests in Charlottesville, Va., May 2020. The city elected a Black woman, Nikuyah Walker, as mayor after a deadly white supremacist rally in 2017.Ryan M. Kelly/AFP via Getty Images

Most Black women govern Southern cities that have a Democratic majority, though the regional exceptions – Tacoma, Pontiac and Rochester – are notable. And unlike many of the country’s first Black male mayors, who were primarily elected in poor cities, Black female mayors lead a socioeconomically and demographically diverse array of communities, including super-wealthy enclaves like San Francisco.

That means they had to attract votes from all kinds of people to win. Perhaps as a result, my research finds, Black women mayors don’t necessarily discuss race as often as America’s first Black male mayors did, campaigning instead on economic development. That’s been a winning stance for Mayor Acquanetta Warren, under whose financial stewardship, Fontana has thrived economically.

Nonetheless, the women I studied in researching my book say they’ve faced both racism and sexism in their political careers – and that racism is a more complex problem. In a recent interview, San Francisco Mayor London Breed said, “The things that African Americans have endured in this country for far too long are things that I sadly have had to endure throughout my entire life.” 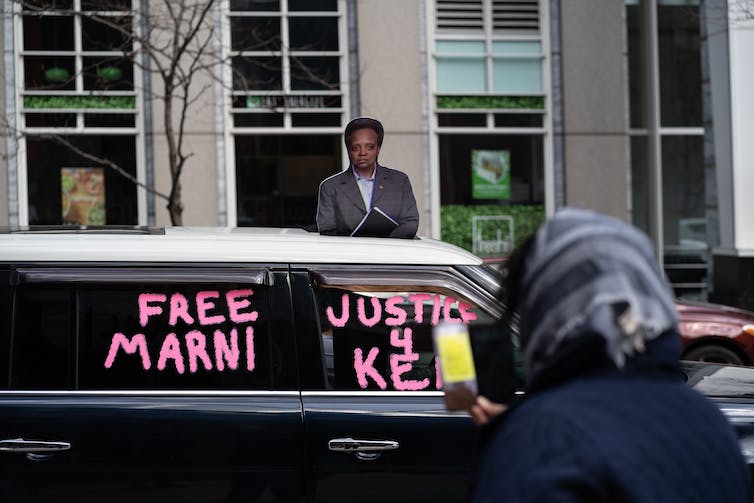 A cardboard cutout of Chicago Mayor Lori Lightfoot, a former prosecutor, during protests in April 2020.Max Herman/NurPhoto via Getty Images)

In so many of the cities these women lead – from Atlanta and Ferguson to Washington, D.C. and Chicago – Black residents have struggled to achieve political and economic power despite their large population. And, as demonstrated over and over again, they have strained relations with law enforcement.

Add a pandemic to the poverty and police violence that has long plagued African American communities, and today’s Black female mayors are facing crises with little historic precedent.

Some argue that they may fare better because of their identity and personal experiences. Persistent problems with police brutality and corruption in Baltimore, which has had three Black female mayors, shows that putting women in charge doesn’t magically fix entrenched problems.

But what my research can confirm is that Black women in American politics are used to uphill battles.

This article has been updated to correct an error introduced in editing regarding the percentage of the U.S. population comprised by Black women.

Sharon Austin does not work for, consult, own shares in or receive funding from any company or organisation that would benefit from this article, and has disclosed no relevant affiliations beyond their academic appointment.