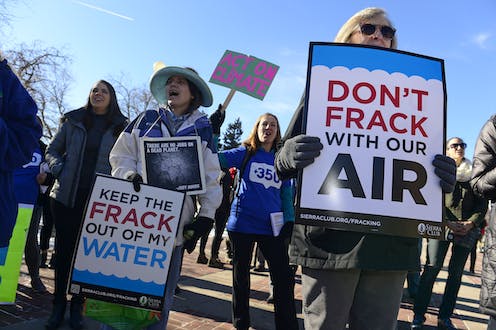 As one corporate executive with experience in business-government relations says, “A company that is dependent on government that does not donate to politicians is engaging in corporate malpractice.”

Our research group heard that statement during a series of interviews with industry insiders that we conducted for a study on corporate political strategy and involvement in U.S state politics.

In the 2018 election cycle, for example, private interests spent US$500 million on campaign contributions to U.S. federal election candidates and nearly $7 billion to lobby federal officials.

As shown by campaign finance monitor the Center for Responsive Politics, those firms most affected by government regulation spend more. The operations of Facebook, for example, could be heavily affected by government legislation, whether from laws concerning net neutrality, data privacy, censorship or the company’s classification as a platform or publisher. Facebook spent over $2 million in contributions and $24 million in lobbying during the same period.

This kind of political spending is also common across state governments. From Alaska to Alabama, firms spend huge sums of money to influence policymaking because they depend on their local business environments, resources and regulations.

For example, after Citizens United, a landmark 2010 U.S. Supreme Court decision that freed corporations (as well as nonprofits, unions and other associations) to spend unlimited amounts in elections, political spending skyrocketed. An examination of 16 states that provided pre-Citizens United data revealed that the 2018 election cycle saw over $540 million in independent spending across their state elections. This is compared with the 2007-2008 election cycle prior to the Citizens United ruling, in which independent spending in these states amounted to $106 million. That’s an over five-fold increase.

As the next election approaches, corporate involvement in state politics is vital to understand. Companies’ attempts to manage state regulations have important effects on their operations directly as well as on state revenues and on the lives of state residents. Corporations can affect the air that you breathe, the water that you drink and the taxes that you pay.

A new study we conducted with colleagues Trey Sutton and Bruce Lamont provides insight into the details of when and why corporations contribute to state gubernatorial and legislative candidates.

We examined political contributions by publicly traded firms in elections for governor and the legislature across the 50 U.S. states. The companies we studied (e.g., ExxonMobil and 3M) all operate in environmentally intensive industries – oil and gas, chemical, energy and manufacturing industries. Specifically, the companies in these industries have industrial manufacturing processes that create toxic releases. We also interviewed industry insiders, political affairs consultants and lobbyists to complement our empirical findings. 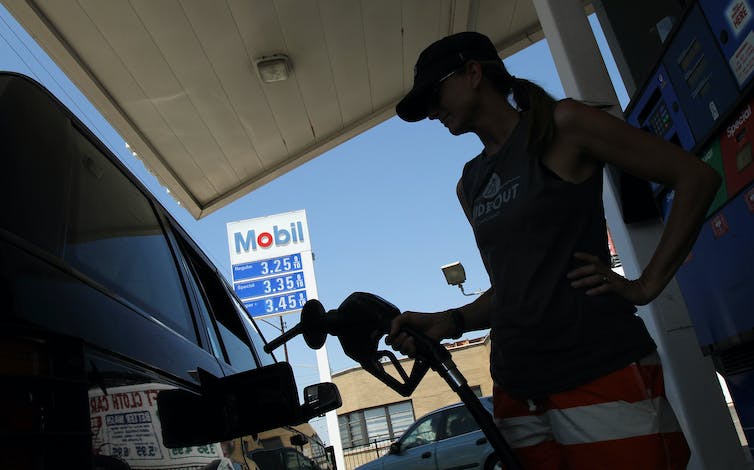 ExxonMobil is one of many companies that will likely spend a lot of money on upcoming elections.John Gress/Getty Images

At the core, firms spend when they are dependent on states, meaning that they have vested interests and operations in a state that are subject to regulation. Regulation creates uncertainty for managers – which they don’t like. Spending helps alleviate the uncertainty by influencing what regulation may be imposed.

Our study went beyond this observation, and had four major insights:

1. Companies spend when they are worried about negative media coverage prompting what they perceive to be potentially harmful regulations.

As one executive told us, “We spend a lot of time tracking media and local advocacy groups. We track [them] on a daily basis, and I get a report each week.”

Media coverage can drive public perceptions of corporations and influence politicians’ views. In particular, media coverage can amplify misdeeds of companies across states, which worries managers who do not want to see new regulations. In line with this, we found that the firms spent 70% more in states they operated in when national media coverage of their companies was more negative rather than less negative.

2. Firms spend when there are powerful social movement organizations – for example, environmental protection groups – within a state.

“Public relations firms are routinely engaged to monitor activists and the media, because if you don’t watch them, they can create regulatory change. You have to get ahead of it,” an executive said.

Social movement organizations (e.g., Sierra Club and the Rainforest Action Network) help shape public opinion on important issues, pursue institutional change and can prompt legal reform as well, which is a concern to corporations. Our research indicated that in states where they had operations, firms spent 102% more when facing greater opposition from social movement organizations than they would have on average.

3. Firms spend to gain a seat at the ‘legislative table’ to communicate their interests.

A political affairs consultant and lobbyist said, “Regulations are a negotiation, there is not a logic, no rule of law, lobbyists come in here…” In essence, legislators rely on policy experts and analysts, among others, when crafting new legislation, but often, solutions can be unclear with competing demands and interests.

Our interviewees shared with us that companies spread their contributions around to those politicians who they believe will listen to their causes and concerns – regardless of party.

They described themselves as wanting their voices heard on particular issues and as important players in the states in which they operate due to the employment and tax base they bring to states.

Boeing, for example, is the largest private employer in the state of Washington and has been able to secure tax breaks as a result. This is despite documented environmental problems that Boeing’s operations have had in the state.

4. Firms spend because they see it as consistent with their responsibility to stakeholders.

Corporations have a legal and ethical responsibility to their stakeholders. Company leaders often believe they are upholding their responsibilities to shareholders, employees, communities, customers and suppliers by participating in the political process. 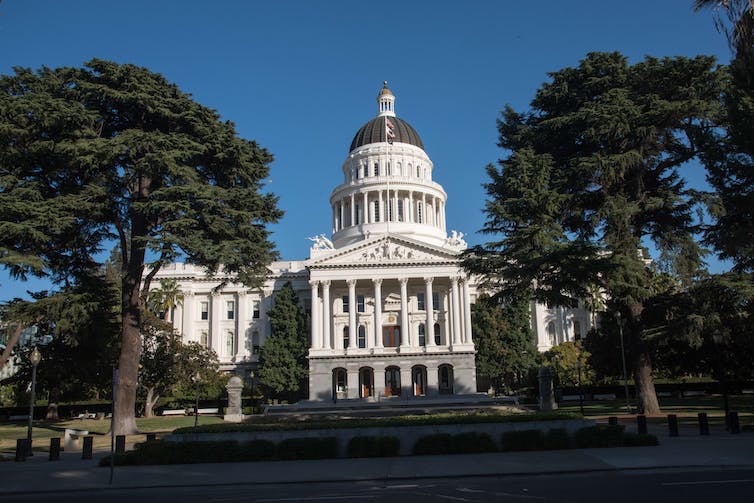 What are the stakes?

There can be huge repercussions for companies in state regulation. As one political affairs consultant told us, “[Regulation] is the pot at the end of the rainbow that could create endless possibilities of profit, it’s the only thing that stands between them and unending profits…”

Ride hailing service Uber, for example, has mounted protracted political campaigns aimed at state legislatures and local governments to protect the company’s interests. The result, among others: The ride hailing service has been able to get independent contractor status for their drivers in many states, which means the company does not have to provide unemployment insurance, workers’ compensation and other benefits.

Passage of regulations in large states like California, for example, can have nearly as much impact as a national regulation – making their passage far more significant for companies working nationally.

For example, since California sets more stringent emissions standards for vehicles than most other states, manufacturers designing cars for the U.S. market must make sure their vehicles can pass these standards. In this way, California and other states following its lead pose a larger regulatory hurdle for auto manufacturers.

Where does this leave us?

Taken together, corporate involvement in state politics is an important phenomenon. In addition to providing needed products and services, corporations bring jobs and increased investment to states, which can strengthen communities and state economies. Their operations also can bring health and environmental problems for state residents, however.

Given the changed business landscape – and increased operating costs – caused by the coronavirus pandemic, we expect that businesses across the country will continue to be interested in influencing policies ranging from workplace safety to local and state tax breaks. This interest will likely translate into significant spending in the upcoming election, to both major parties and their candidates.

And that political spending will affect everything from your wallet to your health.

Michael Holmes is affiliated with both Florida State University and the University of Johannesburg.

Richard A. Devine does not work for, consult, own shares in or receive funding from any company or organization that would benefit from this article, and has disclosed no relevant affiliations beyond their academic appointment.