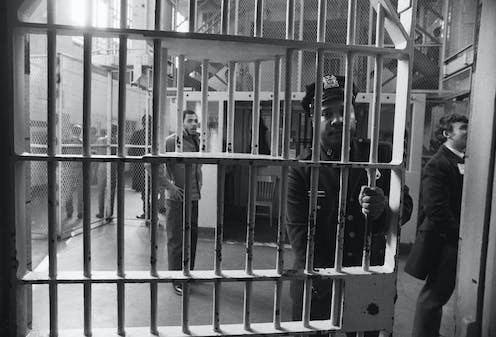 A 1970 image of prisoners in cell blocks at Rikers Island Prison.Bettmann / Contributor/Bettmann via Getty Images

Across the United States, prisons and jails have become hot spots for COVID-19. Governments at the state and federal level are being pressed to release inmates before the end of their sentence in order to minimize the spread of the disease.

So far more than 100,000 of them have been infected with the coronavirus, and at least 802 inmates and several correctional officers have died.

New Jersey’s correctional facilities have been hit particularly hard. With 29 deaths for every 100,000 inmates, they have the highest COVID-19-related death rate in the nation.

In response, New Jersey has already released more than 1,000 inmates, and Gov. Phil Murphy on April 10, 2020 authorized a case-by-case review of prisoners who are at greater risk. Additionally, the state legislature is considering a bill to authorize release of about 20% of its prison population.

As a scholar who has studied penal policy in the U.S., it is clear that the coronavirus requires Americans to think hard about what is unjust and disproportionate punishment. It is a question that ethicists have tried to tackle for millennia, but has been given added urgency during the pandemic.

Social distancing is impossible in correctional facilities and, as a result, so is COVID-19 prevention.

In California, for example, where 109,000 prisoners are housed in facilities with a maximum capacity of 85,000, the infection rate in June for the state’s jails and prisons was about 40 per 1,000 inmates – more than seven times the rate for the state’s population as a whole.

In New York City’s jails, it was was more than 7%, compared to just over 2% for the city’s population.

Inmates fear for their lives. One California prisoner, who is serving an eight-year sentence for causing injury while driving drunk, told the Los Angeles Times: “I don’t deserve a death sentence.” 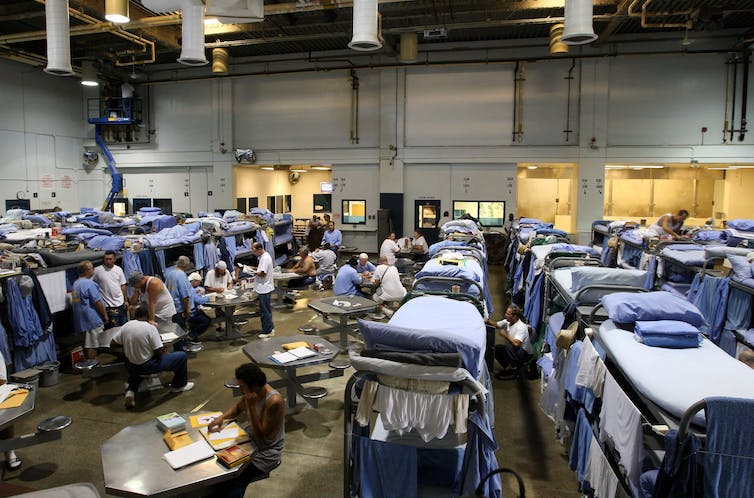 Overcrowding in prisons: Inmates at the Mule Creek State Prison in a gymnasium that was modified to house prisoners in Ione, California.Justin Sullivan/Getty Images

Philosophers since Aristotle have debated what justice in punishment requires. For him, punishment is governed by the requirements of what he called “corrective justice.” By this he meant that when someone is injured, the offender should be punished by inflicting comparable harm.

Aristotle‘s idea that punishment is a deserved and proportional response to an offense provides a building block for retributive theories of punishment, which embrace some form of “an eye for an eye” as a way to do justice.

Those theories insist, as 18th-century philosopher Immanuel Kant noted, that punishment “can never be inflicted merely as a means to promote some other good for the criminal himself or for civil society. It must always be inflicted upon him because he has committed a crime.” In other words, just punishment must give people what they deserve, nothing less and nothing more.

Thus, Kant suggested that the amount of punishment should be governed by a principle of proportionality.

Many contemporary theorists of punishment embrace this idea. As legal scholar Bernard Harcourt recently said, punishment “should be proportional to the amount of harm caused by the offender.”

To determine whether the risk of being exposed in prison to sickness or death from COVID-19 is disproportionate punishment requires paying attention to prison conditions. One question to ask is whether the harsh conditions of life behind bars are part of a criminal’s punishment or merely a collateral consequence of their sentence.

Throughout most of American history, a criminal sentence was thought to be the full measure of the punishment inflicted – jail and prison conditions, as bad as they might be, were not regarded as part of the punishment.

In 1992, Supreme Court Justice Clarence Thomas observed, in a case brought by an inmate who had been beaten by a guard, that the prohibition on cruel punishment found in the Constitution’s Eighth Amendment did not apply to any “deprivations” or “hardships” during incarceration.

Two years later, Thomas reiterated his view that the overcrowding, disease or violence which are often part of confinement “are not punishment in any recognized sense of the term.”

But Thomas’ view has not prevailed.

In a series of recent cases, the United States Supreme Court has held that what happens in jails and prisons is in fact part of an inmate’s punishment and must be considered in deciding whether their treatment is just.

As Justice Lewis Powell said in a 1981 case challenging prison overcrowding, such conditions are part of the punishment and are “subject to scrutiny under the Eighth Amendment standards.”

Those conditions “must not,” he said, “involve the wanton and unnecessary infliction of pain, nor may they be grossly disproportionate to the severity of the crime warranting imprisonment.”

In 2011, the Supreme Court reaffirmed the view that jail and prison conditions were very much part of the punishment. The court upheld a lower court order directing the state of California to reduce the size of its prison population so as to reduce overcrowding and provide better medical treatment for inmates. 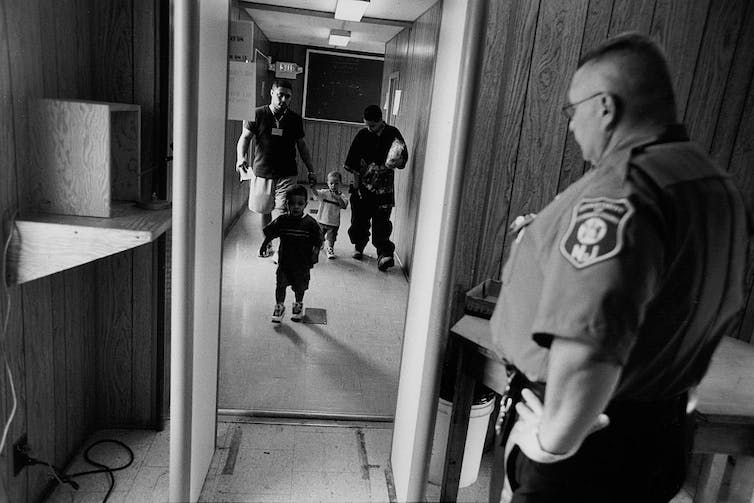 A family enters a women’s prison in New Jersey to visit their mother.Andrew Lichtenstein/Corbis via Getty Images

In the coming weeks, courts will be handling a number of pandemic-related cases involving prisoners, and legislatures will be considering proposals to let large numbers of inmates leave confinement.

As they do so, it is important for them to acknowledge that when the government puts someone behind bars and deprives them of the capacity to provide for their own care and protection it has, what law professor Sharon Dolovichcalls “an affirmative obligation,” a duty to act to protect them from harm.

Judges and legislators will need to consider both whether being exposed to COVID-19 in prison is a disproportionate and unjust punishment and also how to discharge the government’s responsibilities to the incarcerated.

Doing so should, I believe, lead them to release as many inmates as possible from the dangers to which COVID-19 is exposing them every day.