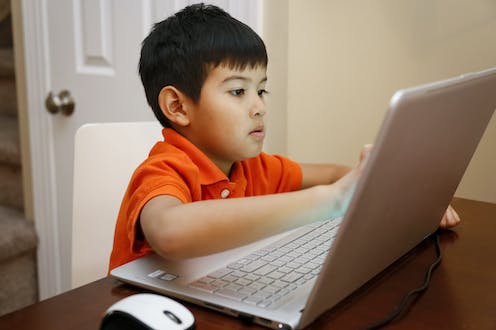 The findings are gleaned from the largest U.S. study ever done on the brain development of children.Julien McRoberts via Getty Images

Even when kids spend five hours a day on screen – whether computers, television or text – it doesn’t appear to be harmful. That’s what my colleagues and I at the University of Colorado Boulder discovered after analyzing data taken from nearly 12,000 participants in the Adolescent Brain Cognitive Development Study – the largest long-term study of its kind ever in the U.S.

The participants included children between the ages of 9 to 10, from diverse backgrounds, income levels and ethnicities. We investigated how screen time was linked to some of the most critical aspects of their lives: sleep, mental health, behavior and friendships.

Our results, recently published in the journal PLOS One, found no association between screens and a child’s depression or anxiety. Greater amounts of screen time were associated with stronger peer relationships for both boys and girls – both have more male and female friends. Social screen use may drive that association; video gaming, for instance, is a social activity that seems to foster more friendships. So does social media and texting. 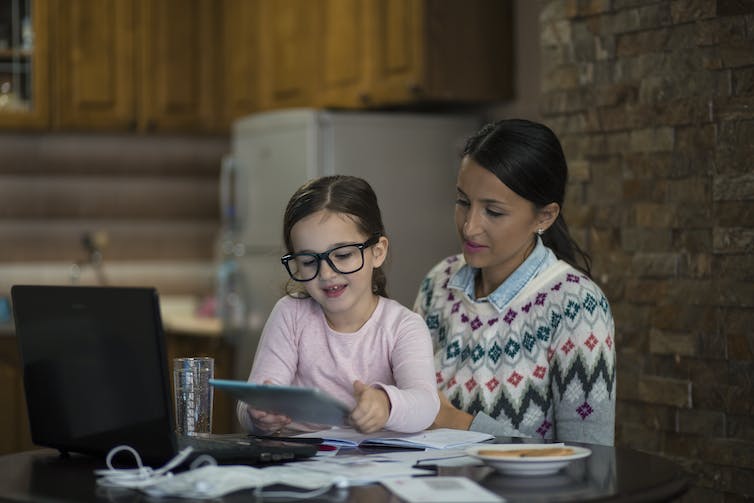 Many parents are concerned their children spend too much time on screens.Radovanovic96 via Getty Images

U.S. children are spending more time on screens than ever before. Parents often worry that the technology adversely impacts youngsters, particularly those entering adolescence – a critical period of development.

Taken at face value, these contrasting positive and negative correlations are confusing. Is screen time good or bad?

Perhaps neither one: When looking at the strength of the correlations, we see only very modest associations. That is, any association between screen time and the various outcomes, whether good or bad, is so small it’s unlikely to be important at a clinical level.

Some kids scored lower than others on these outcomes, some scored higher; screen time only explained 2% of the difference in the scores. This suggests the differences are explained by many variables, not just screen time. It’s a very small piece of a much larger picture.

[Over 115,000 readers rely on The Conversation’s newsletter to understand the world.Sign up today.]

Also, our study is correlational rather than causal. Correlational research shows that two seemingly related variables don’t necessarily generate changes in each other. Causal research implies that one variable did cause a direct change in the other.

For example, we found that adolescents who spend more time on screens may display more symptoms of aggression. But we can’t say screen time causes the symptoms; instead, maybe more aggressive children are given screen devices as an attempt to distract them and calm their behavior.

The bottom line: While parents should make sure their children are using screens in appropriate ways, our early research suggests lengthy time on screen is not likely to yield dire consequences. 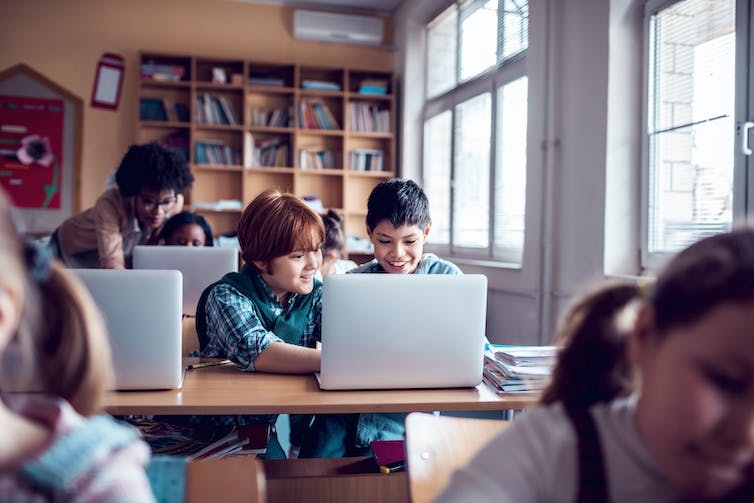 The findings show that screen time may strengthen relationships between peers.Marko Geber/Digital Vision via Getty Images

Currently, there is no established threshold for an “acceptable” amount of screen time. While guidelines do exist for younger kids, nothing official has been set for adolescents.

The ABCD Study will follow these children until they are 20 years old. Future research may examine how screen time might affect children over the course of their entire adolescence, when it’s possible more symptoms of mental health concerns will show. For the moment, however, only one thing is certain: Screens are here to stay.

Katie Paulich does not work for, consult, own shares in or receive funding from any company or organization that would benefit from this article, and has disclosed no relevant affiliations beyond their academic appointment.