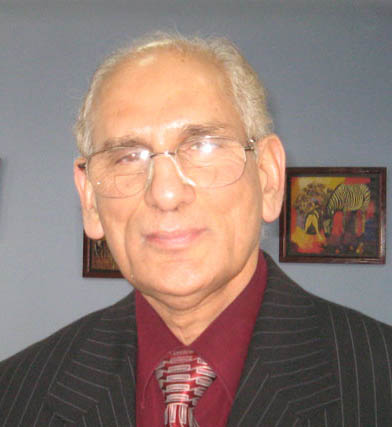 George Floyd was killed by a police force that should have protected his life, human dignity and oxygen breathing natural lifelines from the encroachment of extremism and brutality. His cry “I can’t Breathe” is echoed throughout the globe whether someone knows George or not – a natural sense of belonging and affirming the reality that We, the People are One Humanity. Racism and racial disharmony is a chronic problem created by the socio-economic disparities and political injustice – the perpetuated Capitalism. The insanity of manipulation and injustice needs urgent reconstruction and change.

We are witnessing an historic event of people’s power and purpose for societal change and the epic of ruthless dictators throughout the globe. Be it in North America, Europe, Asia, Africa and elsewhere leaders claiming to be democratically elected think and behave like absolute monarchy. President Trump appears to be standing at the crossroads and engaged in time-killing exercises, not a proactive person recognizing the reality of societal problems and leading to societal peace and harmony and future-making. Trump should be thinking of a navigational change. Mankind needs morally and intellectually responsible leadership. Throughout history, all absolute rulers and leaders tried to run down the mankind as if it was just a number, a digit - and conscious-less entity. We are witnessing the continued abuse and cruelty in Kashmir, Palestine, Yemen, Syria and many parts of South America. But all of those leaders fell in disgrace destroying their own nations and empires. America was enriched with intellectual foresights and democratic history to safeguard the deprived humanity. But its contemporary leaders and major institutions seem to defy the logic of co-existing with the global humanity. For sure, American leaders lack even the essence of Thomas Paine’s historic “Common Sense” to political change, but historical change will replace America’s global leadership image with others, more understanding and relevant to the mankind. After almost four years of “America First” absolutism by Donald Trump and numerous racial-political discords, history will judge President Trump by his actions, not by his claims.

The tragic death of George Floyd reminds us all of the revulsion against the failure of working democracy, economic evil, subjugation of the people of color, psychological and political evil, and insane evil against black and people of colors. The ‘America First’ claimed by Donald Trump reflects painful temptation and socio-economic and political compulsion of systematic evil embedded in Capitalism and the class of the people who claim supremacy to govern the less fortunate and poverty stricken people of colors. All colors matter – All lives matter if we claim to be a rational human being species populating the God-given One Planet - Earth. We, the People, the Humanity are colorful and beautiful.

The Earth encompasses many sharp diversities – air, water, fire, colorful and colorless, hot and cold, white and black, deserts and rivers and seas, earth and heaven, visible and invisible, sun and moon, right and wrong – all co-exist in harmony without breaking the limits of rationality but we The Human Beings are so disingenuous for not being able to learn from the Nature of Things around us and part of our daily life. We must rethink about planned Change in our inner thoughts and souls to treat others equally and with dignity if we expect to be treated justly and fairly within the socio-economic and political compound of the society. How strange this is what Dr, Martin Luther King Jr; preached and advocated in the Civil Rights Movement across America, yet, he was met by forceful resistance and denial of his basic human rights, dignity and ideals. “I can’t Breathe” does not dictate a necessity from Donald Trump or a revolution but deserves a rethinking of equal rights and social emancipation and sustainable future-making. Ostensibly, people of colors including the natives and indigenous people must be treated equally as we are all human beings living on this splendid Earth and the Universe that sustains life and all that we could imagine. Opinions could vary but truth is One that capitalism has created more problems than conceivable economic remedies for the common folks.

Chris Hedges (Truthdig.com) and a foreign correspondent for The New York Times, and author of recent book: Empire of Illusion: The End of Literacy and the Triumph of Spectacle) contributes a realist observation (“The Ghoulish Face of Empire.” Truthdig.com: 6/22/2014): “The language of violence engenders violence. The language of hate engenders hate. “I and the public know what all schoolchildren learn. …It is as old as the Bible.”

We must THINK honestly and Plan workable solutions, not traditional legal investigations into police brutality and abuse of basic human rights of the all the citizens. Often formal investigations prolong for ages without warranted systematic remedies and the need for social justice is rebuked by the changing political gossips. Abuse and violations of human rights cannot go for ever unchecked and reshaped by the logic of reason and political justice. The masses are out on streets and roads and across the halls of fame, and it cannot be stopped by the misuse of power against the innocent people - the protesters. They are not ‘thugs’ as Trump claims but human beings with legitimate cause for societal change. Any intervention will be futile and short-lived unless drastic humanitarian changes are integrated into the working of the so called democratic societies. We must aim at people to people dialogue - how to change and make the forces of abuse, racial discrimination and brutality into the working of the systematic governance for the best of masses. Perpetuated evil is deprivation of One Humanity. The historical change that Dr. Martin Luther King Jr; called for needs political, social and psychological factors to be integrated into the working systems of democratic governance and adaptation to the world of reason and reality for continuous change and defined objective values for a new threshold of human respect, honor and dignity for all lives – that matter. Mr. Trump hurriedly wants to fix the long standing historic injustice against the black and indigenous people simply to get ready for the forthcoming presidential election. The need is URGENT to evolve a new system of people-oriented governance respecting the norms and promise of a just a fair system of equal rights and human dignity before law and justice. In its history of political development, America seems to have to strive a long way to ensure its political ideals being part of the ‘Common Sense’ and the Constitution. American politicians and decision-makers must learn what is going on the streets and voices of Reason for socio-economic and political change. Paul Street did echo a rational message for the “For Intelligent Civilizations on Earth” (Information Clearing House: 11/13/2013).

We must reasoned for an instinctive recognition of social, economic and political injustice across the globe and logically try to transform the world of political wickedness, disharmony, socio-economic and political deprivation and exploitation into a world of moral, intellectual and spiritual reasoning and be passionate and hopeful for constructive changes in thoughts and behaviors – be it the policing or the masses march on streets and halls of fame, our aim and wisdom must be focused on purpose – a different and a better world of tomorrow and continuous change to be monitored and assessed by the people of knowledge and reason to ensure that we do not cross-over the limits of the Laws of Nature deserving punishment from God - the Creator and Sustainer of all the lives, the Earth and the Universe that matter to us all as human beings. The aggressive violations of human rights, dignity and equal participation should not lead to a Third World War against us by us. Its consequences will be unthinkable and catastrophic for the human civilizations claiming to be intelligent and just as it happened during the 2nd WW. The warmongers and their cruelty were not punished in its entirety against the fellow human beings.

(Dr. Mahboob A. Khawaja specializes in international affairs - global security, peace and conflict resolution with keen interests in Islamic-Western comparative cultures and civilizations, and author of several publications including the latest: One Humanity and the Remaking of Global Peace, Security and Conflict Resolution. Lambert Academic Publishing, Germany, 12/2019).